Home News What Is Misinformation and How Is It Being Stopped? 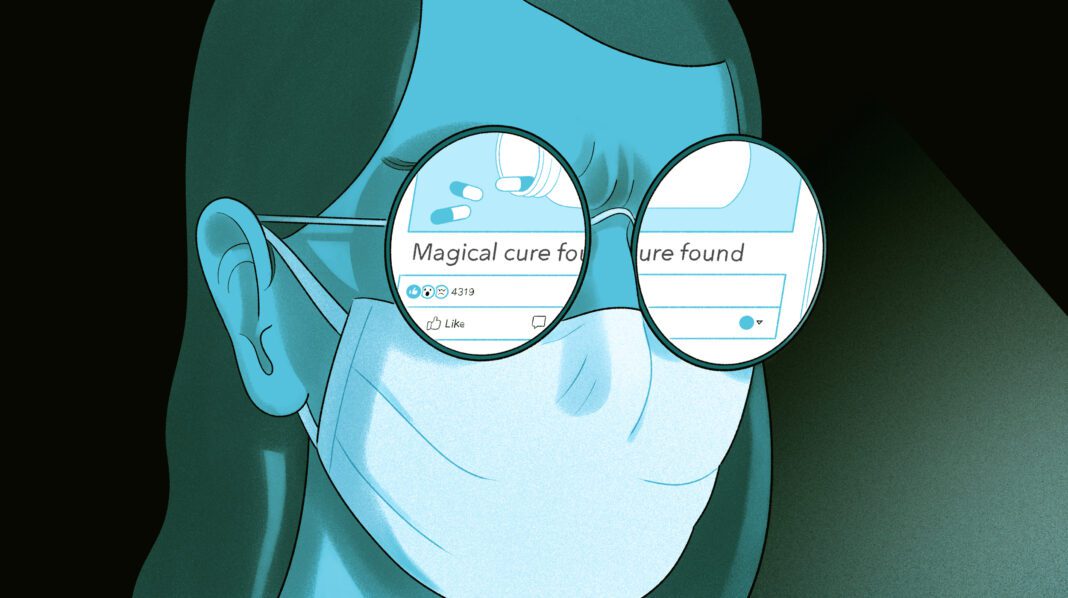 At a time when you can catch a potentially deadly virus, we didn’t think the spread of misinformation would be just as deadly. The coronavirus has everyone checking the news hoping for positive updates, however, sometimes cursory research leads to many believing fake news. In these unique circumstances people tend to believe things like the coronavirus is linked with 5G or that drinking hot drinks will help. Research at the Oxford Internet Institute shows that false health news has the same distribution as a BBC article and is seen by a billion social media accounts. Written By Sehaj Dhillon

The Problem of Covid-19 Related Misinformation

Misinformation in the past was sent out as part of politically charged campaigns but in this case it’s different. The issue stems from ordinary people sending out conspiracy theories and fake cures. Although we can’t blame people for reading and accepting what they believe is valid information, people need to do better at checking how reliable a source is, because it can lead to lethal results. In Iran, more than 700 people died after drinking methanol alcohol thinking it would cure them and elsewhere people believed the virus was a hoax until they died as a result of not social distancing. Ridiculous stories have spread like wildfire and people have listened in desperation.

One of the more prominent spreads of covid-19 misinformation is about 5G. Although 5G itself, does raise questions. In an appeal to the European Union more than 180 scientists and doctors warned about the danger of 5G. They were concerned about the increase in radiation would lead to irreversible damage. In February, Switzerland decided to suspend the use of new 5G masts over similar fears the EU Scientists and doctors had. Now more countries are revaluating their take on 5G, with the UK supposedly planning to exclude China from their 5G plans and wanting other countries like India, Japan and Germany to join their ‘D10’ alliance. So, the fears around 5G are warranted but linking it to the coronavirus is ridiculous which is what is being spread.

Normally the information used to spread slowly but the biggest spreaders of this false rumour have been celebs. People like Woody Harrelson, Amir Khan and Jason Gardiner spoken online about 5G

onspiracies. These have led to attacks and people vandalising phone masts across the globe. A Reuter report found out that celebrities play a big part in spreading false rumours. Celebrities and politicians made up of only 20% of the misinformation online but accounted for 69% of social media engagement. Which shows that while majority of posts online are by ordinary people it’s the minimal reaction from public figures that is most detrimental. When people with millions of followers start speaking about it speeds up the process of false news spreading. Although the media could do less at promoting these stories as they just add fuel to the fire. It’s gotten to the point where misinformation online has started to dominate over trustworthy health guidance. With a mixture of fake news and factual, it causes unnecessary confusion amongst the general public leading to them criticising trustworthy information.

What Are Platforms Doing to Stop the Spread

With people are less likely to believe trusty news the curators of false information need to be stopped. But what is being done to remove fake news from social media? Well it seems as if the big social media companies are making moves towards combating misinformation and have been for the past few weeks.

Earlier this month, Twitter started to label misinformation and said even Donald Trump would have to follow the rules. Twitter’s head of site integrity, Yoel Roth said that this would “apply to anyone

sharing misleading information that meets the requirement of our policy, including world leader”. Although there are concerns that these labels aren’t enough, and people might just ignore them.

Facebook CEO, Mark Zuckerberg is doing similar with Facebook. He told the BBC Facebook were unprepared during the 2016 US presidential election, but now Facebook have learnt their lesson. Working with independent fact checkers they were able to issue 7,500 notices of misinformation and placed 50 million warning labels. With Twitter worried about how ineffective labels were, Zuckerberg said: “We know these are effective because 95% of the time, users don’t click through to the content with a warning label”. However, Facebook wants to make sure they don’t interfere with their users’ freedom of expression and will only label what they believe would cause harm.

Misinformation even affects solely communication-based platforms like WhatsApp. Nearly everyone who uses the app was forwarded a message from someone which contained inaccurate information.  The app was even host to a Wembley Stadium prank gone wrong earlier in the year. The prankster told The Guardian he sent an audio clip to only 30 friends which spread to possibly millions online. From April WhatsApp tried to limit forward messaging in order to combat the spread of fake news. Messages that have been sent at least five times will be labelled as “Frequently Forwarded” and you will only be allowed to forward to one chat at a time. The Facebook owned app also launched an NHS Chatbot to make it easier for people in the UK to find credible answers.

There are plenty of other examples of companies trying to combat misinformation and people suffering as a result of false news. The biggest lesson we can take is to not believe everything you read online and don’t share anything without checking it is from a reliable source.