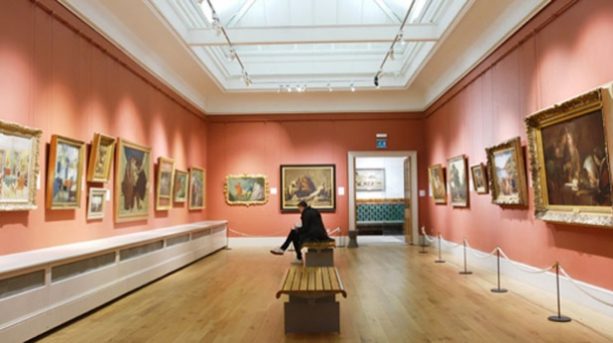 Next year the first major UK exhibition dedicate to contemporary African fashion is being shown at Brighton Museum & Art Gallery. The exhibition will explore fashion and style in four cities; Casablanca, Lagos, Nairobi and Johannesburg. The exhibition, Fashion Cities Africa, will focus on the style choices of individual ‘fashion agents’ from each city, from designers to fashion bloggers.

Part supported by the Art Fund through the Jonathon Ruffer Curatorial Grants Programme, Museum staff and Africa fashion specialists Hannah Azieb Pool and Helen Jennings visited the cities in the summer this year to explore their fashion scenes and indentify the key players for the exhibition. The co-curator of the exhibition Helen Mears has said “There’s been a surge of interest in contemporary African art and design in Europe and the US in recent years, but this is the first major UK exhibition dedicated to contemporary African fashion. We want to reveal the diversity that exists across the continent- and within single cities- and show that wax print is only part of the story in African fashion. Each of the cities featured has its own fashion scene: in some cases emergent, in others more established. Some African designers are now major players in international fashion, while others are experimenting creatively in the interface between global fashion and local identities. The exhibition aims to provide a snapshot of fashion practices in four specific cities and an introduction to some of the stories behind the style, whether it’s the widespread practice of tailoring or the impact of the huge market for second-hand European clothes”

The exhibition will occupy three large galleries an include diverse apparel from coture to street style, alongside images, film, sound and a reconstructed tailor’s workshop evoking the drama, creativity and dynamism of the distinctive cities. Some of the highlights will include commissions by Nairobi-based brother and sister duo 2Many Siblings, controversial high-fashion outfits worn by one of Kenya’s hottest bans, Sauti Sol, garments and accessories associated with The Sartists, a Johannesburg based creative collective and hand-crafted ‘caftan couture’ pieces by Casablanca-based designer Zhor Raïs. There will also be a parallel project, undertaken by members of some of Brighton & Hove’s African diaspora communities and will explore the relationship between fashion, identity and the African continent from a local perspective.

Fashion Cities Africa is part of the wider project Fashioning Africa, supported by the Heritage Lottery Fund through the Collecting Cultures programme which supports strategic collecting projects for museums, libraries and archives. Fashioning Africa will research recent developments and establish an African textile and fashion collection representing 1960-2000. The exhibition will run until 2017 and has a collecting panel from BAME and fashion communites as well as partnerships with the University of Brighton and the Sussex Africa Centre at the University of Sussex. You can follow the development of the exhibition on their blog.