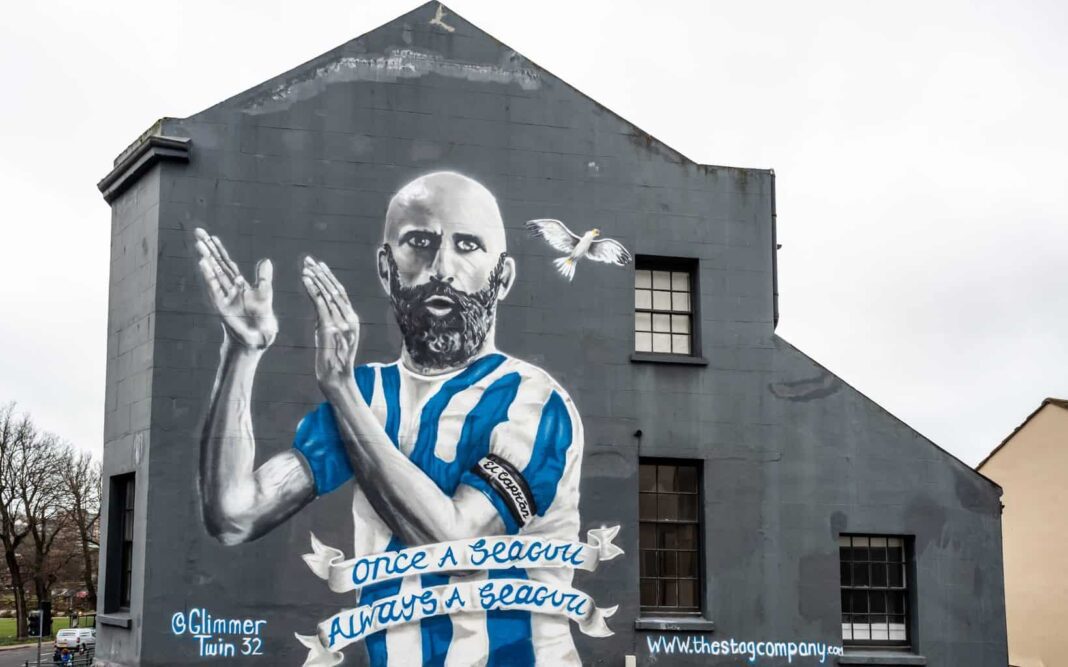 Painted on the side of a building owned by CEO of The Stag Company Rob Hill, the mural replaces the famous ‘El Capitan’ painting that was removed from the wall of Gelato Gusto in North Laine earlier this year.

In response to the removal of the ‘El Capitan’ mural, The Stag Company began a campaign to ‘Bring Bruno Back’. They started a competition to find a budding artist and devoted Albion fan to design and paint a new mural, which was won by renowned Brighton graffiti artist Glimmer Twin.

Albion legend Bruno has been involved with the campaign from the start. He helped pick the final design, which features him in the BHAFC stripes clapping the fans with a seagull flying above him, as well as his famous quote ‘Once a seagull, always a seagull.’ Commenting on the new design, Bruno said:

I love the new mural. Thanks to the Stag Company and Glimmer Twin for bringing it back to the city, I know it hasn’t been easy. I feel the new mural represents the new chapter of my career and I love that in it I am clapping the fans.

The Stag Company did face some obstacles on the way to getting the mural onto the 7.5m wall, such as a slightly negative initial response when passers-by got a glimpse of the unfinished version a few weeks ago. However, the response to the finished version has been overwhelmingly positive, and Stag Company CEO Hill has said he is pleased that the Brighton community once again has a mural ‘to celebrate a legend’.

Tasked with painting the design behind sheeting over the last couple of months, on finishing the project, Glimmer Twin said:

This has been a challenging project but I am really pleased Bruno is happy with the final mural and that I could be part of this community campaign.