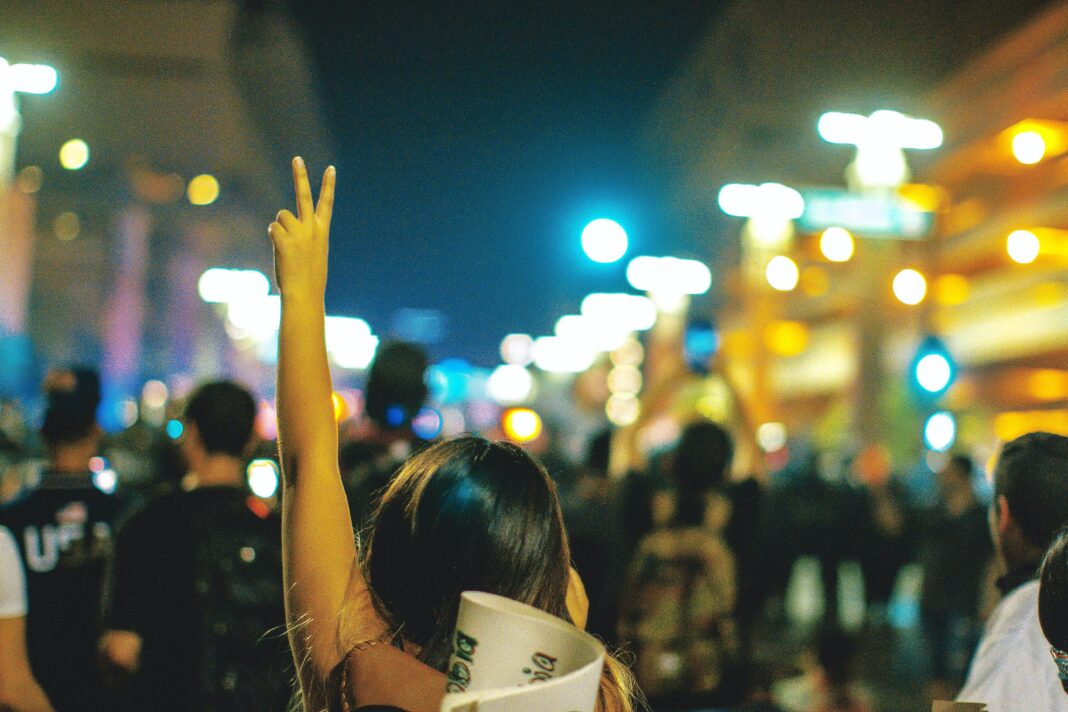 Brighton city centre was overrun this weekend as protests over the current lockdown measures paraded through the streets.

Roads were blocked as large crowds gathered at Brighton train station at around midday to hand out flyers and converge before moving onto the main protest site near Hove Lawns Peace Statue at around 1pm.

Traffic around the city centre, the A259 next to Brighton Palace Pier and other main roads was completely stopped as the protest marched around the city, with police having to intervene on North Street to prevent further delays continuing throughout the day.

Protesters vocalised several issues throughout the day, showing opposition to such things as a covid passport, displaying banners and signage, blowing whistles and shouting freedom to the people and vehicles nearby, some of which are believed to have used their horns to display active support.

Some of the people marching even took offence to local journalists covering the event, with the use of a mask seen as a sign of opposition and ‘infiltration’ which promptly brought an end to the live feed that was being provided.

The vocality continued furthermore as a women armed with a microphone verbally attacked local customers who were enjoying outdoor dining in local restaurants in line with covid guidelines, and others tried to press their opinions by educating onlookers.

Many of the main claims made by the group of protestors included standing up for personal freedoms, stand up against lockdowns and to rally against the forcible closure of businesses despite their re-introduction in only a matter of days.

Much of these issues have become prevalent in recent weeks as Britain begins to finally leave lockdown and looks set to be unable to return without severe public and political pressure, with many Conservative backbench politicians pushing this case due to their diminishing business returns following the pandemic.

It was announced by a member of the crowd that they plan to hold another protest in Bournemouth on May 22nd.