Home People “I would like people to feel the vibrancy and the heightened emotions... 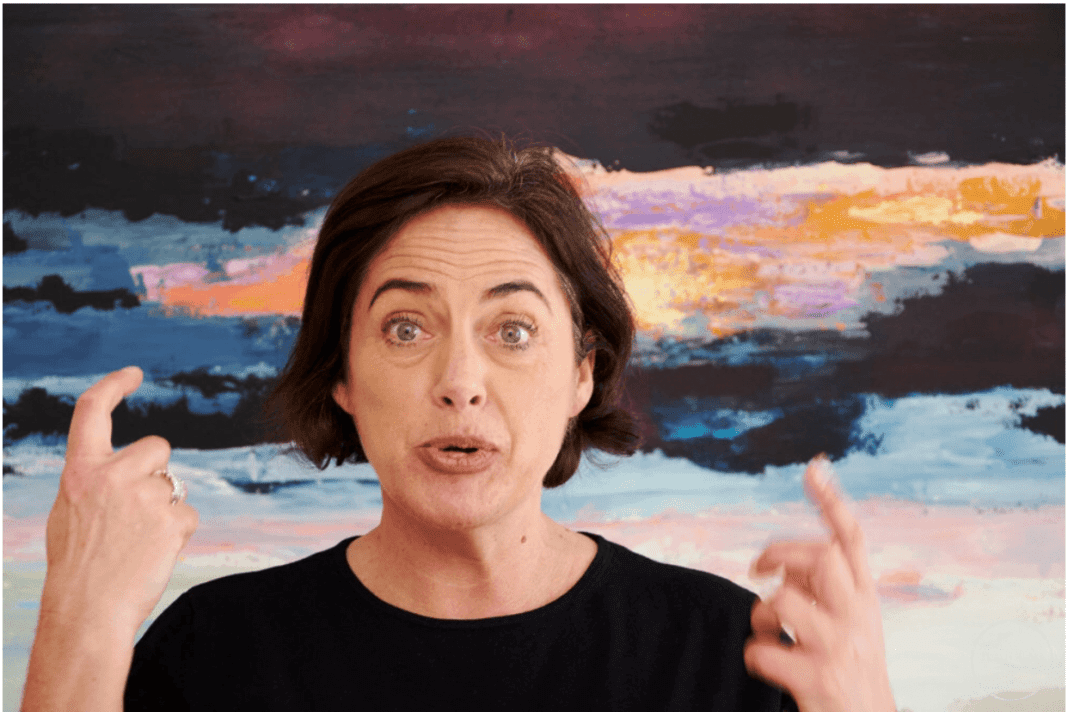 This week, the Brighton Journal got chatting with the lovely Frederique Katan. Frederique is the owner and creative director of Katan, a community of Brighton artists whose aim is to make high-quality art that is accessible for all. Whilst her background is in law and business, her creativity and artistic ability suggest that she has been an artist all her life. She is best known for her expressionist landscapes, that incorporate heavy contrast and lively hues.

All images in this article
© Frederique Katan

Where do you do the majority of your creative work?

I paint everywhere, much to everyone’s dismay. I have my own dedicated studio space at the gallery and some easel space at home too, but I also paint on the beach and have been known to paint on my bed or carry on with finishing touches on a painting that is already being exhibited.

Today is a gallery day. I am here most days, although we have a small team of artists and staff that keep the gallery open on a daily basis. I have a meeting with one of the gallery artists, Peter Spence, to discuss joint art workshops, then I am off to see a client near Hove Park, who has bought one of my paintings and now wants another to create a pair. Much of my time is spent people’s homes since much of my work is to commission.

I am not sure there was ever a “decision”. I started my professional life as a lawyer, working on international engineering projects. I later trained and practiced in an NHS setting as a counselor and learned silversmithing at Central St Martins. I started the gallery as a commercial enterprise and a forum to support local pre-emerging artists. I made jewellery, pyroengraved and fused glass and one day just picked up a palette knife. So emulation rather than decision!

I am currently attempting to a piece in muted tones. It may not sound like much of an exciting challenge, but to anyone who knows me and my work, it is! My usual style is quite flamboyant, I believe in all things coloured and iridescent, so toning things down does not come easily. W

Whether deliberate or not, the sea. Even when attempting to paint something entirely different, waves and seashores somehow appear. I was brought on the south coast of France and after many years of living in different countries and places, I have clearly made Brighton my home for a reason!

I mostly use interactive acrylic, which has some of the properties of oil paint, without the smell or drying time. It is thicker, more malleable and can be worked for longer than traditional acrylics, which feels more 3D and works better with the way I visualise a painting as I work. I could not do without palette knives – or even one of them. I cannot use a paintbrush. W

How is your art effected by living in this area?

The lack of convention and the acceptance you find here effects my work. The art scene is fairly unpretentious and rather pragmatic, which are two qualities I value. If you produce good quality art at a decent price, it will sell. Who you know and how much you have built up your brand are obviously relevant factors, but they are not as crucial as they would be elsewhere.

What’s your favourite thing do to locally?

The Rijks Museum in Amsterdam. I am drawn to Rembrandt’s Night Watch in an explicable way. It is a dark, almost suffocating piece, but every time I have stood in front of it, it has brought me peace and contentment.

If you could own one piece of art, what would it be and why?

My first ever painting, a large abstract in blues and golds, called “Begin Again” – for the simple and only reason that it was bought by someone who I had never met but instantly fell in love with. The rest is history!

Perhaps Van Gogh, as we share an obsession for Chromium Yellow, which I chose for the gallery logo!

Who do you think is the most underrated artist?

Seraphine de Senlis, who was a spontaneous, self-taught artist who was said to be inspired by religion and mental illness. She had a flash flame when discovered by an agent before the second world war then was left to die in an asylum. My theory is that her talent and inspiration were no more divine than they were psychotic, but society at the time could not cope with a working class, strong-willed and independent artist who expressed intense emotions through her art.

It often changes but I tend to be obsessed with pigments, rather than colours. So chromium yellow, but also anthraquinone blue, which is such a dark blue yet it actually shines and all the phthalocyanine-based hues, which confuse the eye between green and blue.