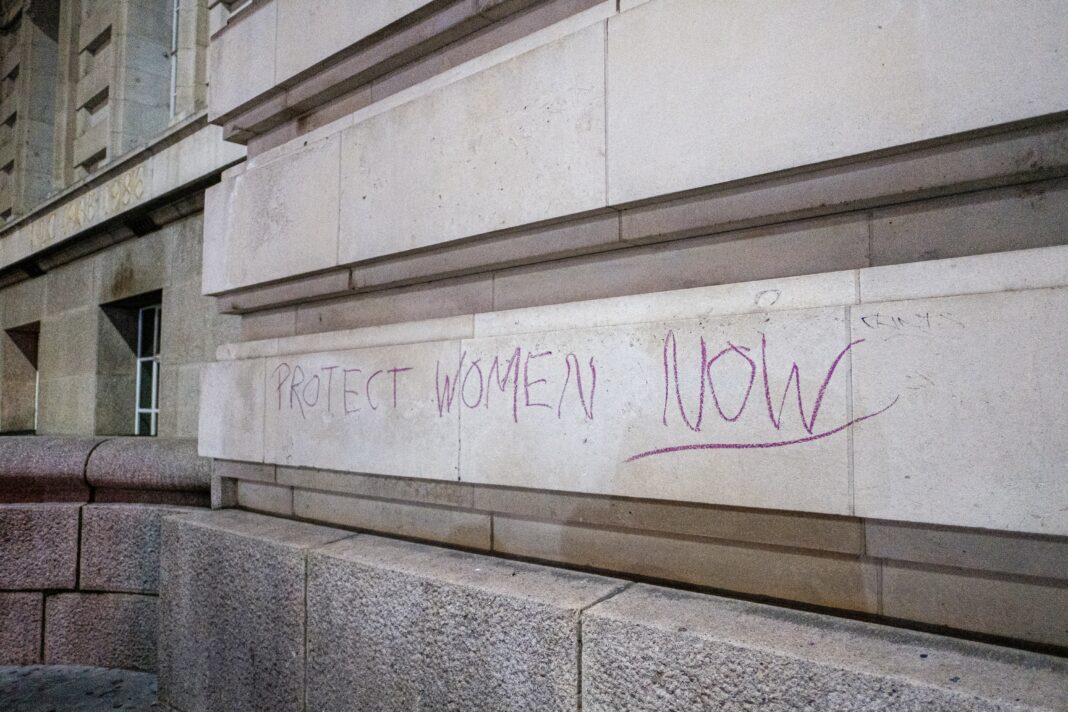 Protests have continued as a few hundred people gathered in front of Brighton Police Station to continue to push the ‘Kill The Bill’ protest.

Chants and anti-police sentiments such as ‘whose streets? Our streets!’ were heard over a period of hours with police forced to stand outside their own station in a line in order to barricade and protect the building.

Crowds continued to build and make their way nearer to the John Street Police station, holding placards, posters and signs which displayed such messages as ‘Kill The Bill’ and Defund the Police’.

In response to such forceful and consistent protest, the station took the decision to close and line the police outside the side entrance in a move aimed to both control the crowds and protect officers from any physical altercation that may occur.

In an official tweet, Brighton and Hove Police stated that they had been forced to close due to such actions and that citizens were advised to heavily avoid the area.

Previous protests had included marches around the city with the same sentiment aimed at taking aggressive actions in response to the suspected murder of Sarah Everard by an off-duty police officer.

This incident has been a catalyst in igniting the debate over women’s public safety, with some public figures suggesting drastic actions like the reportedly satirical ‘6pm curfew for men’.

These protests have not only been seen in Brighton, with demonstrations taking place in many different major cities across the nation.

In Manchester, eighteen people were arrested following mostly peaceful protests across the city despite consistent police interference and warnings.

A key consideration of such actions has been due to the Covid restrictions which have plagued the nation for over a year.

The pandemic has cost many lives and has been a significant struggle for all involved, so for such large gatherings to take place is not only in direct violation of rule but also is said to endanger many people despite their intent to raise issues and protect the public interest.