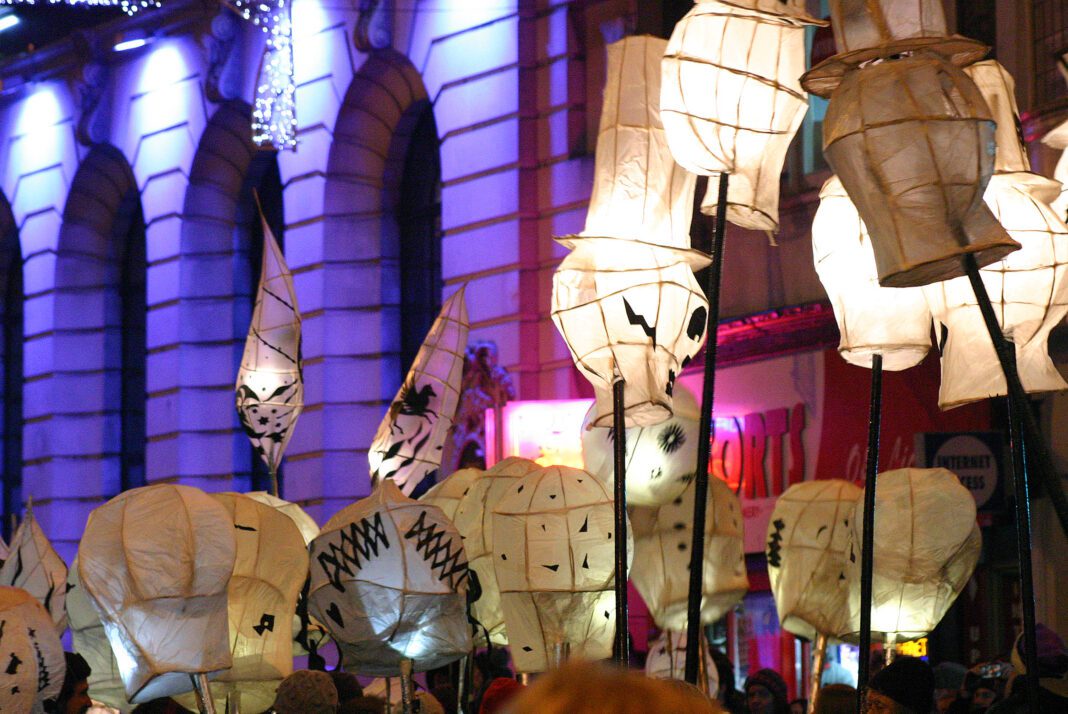 Burning the Clocks is a vibrant, festive, and unique community event that brings the whole city together to mark the longest night of the year. As the winter solstice plunges the city into the maximum hours of darkness, Brighton & Hove light the streets with lanterns in a community parade.

A festival of light and celebration, regardless of faith or beliefs

For those that are unaware of Brighton’s somewhat tradition, Burning the Clocks takes place annually on the winter solstice, marking the shortest day of the year. This Friday (21st December)  a lantern parade will commence throughout the streets of Brighton, followed by a blazing bonfire on the beach that symbolises the year’s close.

The parade hosts almost 2000 people every year, with tens of thousands of onlookers enjoying the experience.

An exciting and inclusive event, Burning the Clocks has become an unforgettable date in the winter calendar each year. The festival of light celebrates the return of the sun at the and farewell to the moon whilst acknowledging some celebration to the long, dark nights.

Held in December, Burning the Clocks was created in 1933, in order to momentarily forget about the stresses and commercialisation of Christmas. Also, it was created as another way to celebrate the festive season regardless of faith of beliefs, embracing the vibrant and dynamic community of Brighton & Hove.

For those who wish to get involved in the free event, the parade begins on Friday 21st December at 6.30pm. Starting in New Road and snaking its way into North Street, Ship Street, East Street and finally onto the seafront, the parade is expected to arrives at Madeira Drive at 7.15pm.

The bonfire and fire display begins when the parade reaches Madeira Drive, ending at around 8pm.