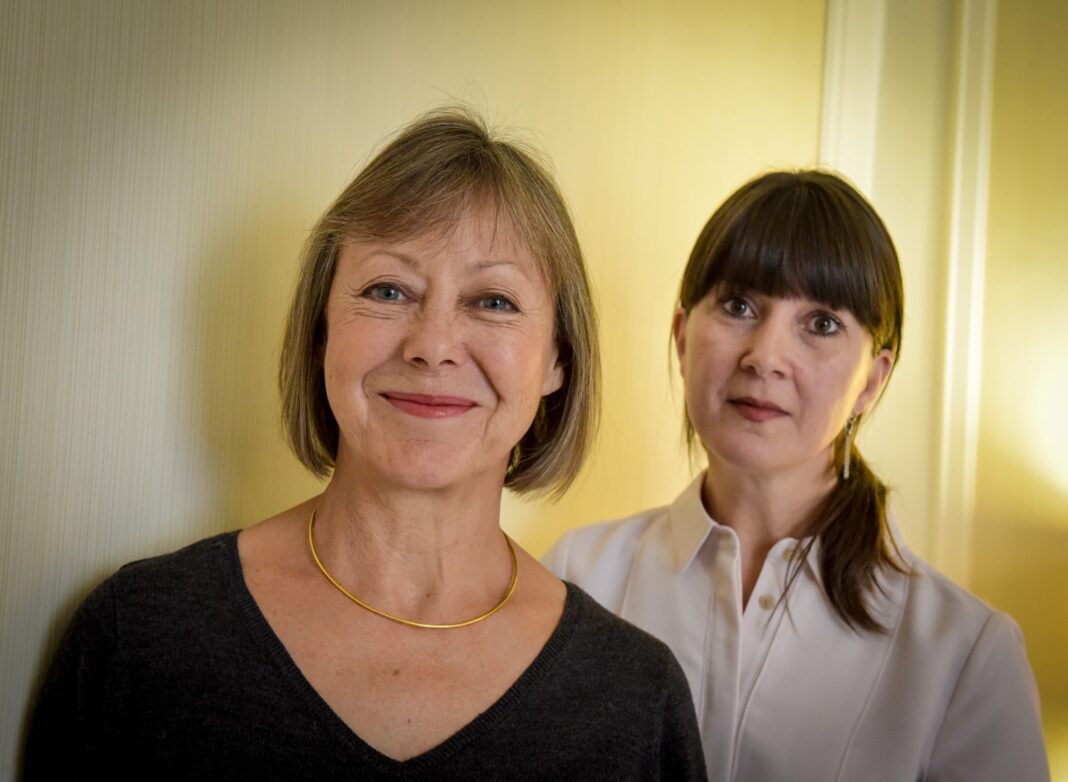 A local designer is using her skills to help raise awareness of ovarian cancer after being approached by a friend who had lost her mother to the disease.

Her work has been supported by Logan’s Run actor Jenny Agutter.

Lisa Ebdon, who runs personalised greetings business Hickory Dickory Designs from her studio in Hove, has designed a range of bespoke wooden keepsakes for the support charity Ovacome.

She said: “I’m so pleased to have gone into this very rewarding area. My keepsakes, made with rosewood, are designed to be kept forever, giving a lasting message: perfect for this sort of thing.

“It’s been great fun too working with the charity staff and meeting Ovacome’s patron, the actor, Jenny Agutter at the photoshoot of the keepsakes. She was about to go on holiday and took one of the letter ‘J’ keyrings with her to put on her case.”

It’s all in aid of Ovacome’s ‘Because you are special to me’ social media campaign launching in March.

Women are invited to use #Because on social media when choosing somebody close to them to share the symptoms of ovarian cancer on Facebook and Twitter, directing them to Ovacome’s website where they can find out more about the disease and how to make a donation.

The keepsakes are engraved with words such as ‘Because I love you’ and ‘Because you are special to me’ and the circular keyrings and mini plaques have details of the symptoms discreetly on the back. “We wanted to create beautiful items to be kept forever as a token of a special relationship,” says Lisa.

Lisa says she didn’t want the items to be overtly cancer related, but was aware that they needed to raise awareness of the disease and let people know about the support that Ovacome offer.

Ovacome’s chief executive Louise Bayne said: “We wanted to do something special for this awareness month to mark our 20th year and to reinforce that we are the longest serving charity in ovarian cancer, supporting women, their carers, friends and family.”

Each Ovacome item costs £14.95, with Hickory Dickory Designs making a £2 donation on each purchase to the charity. They can be personalised for an extra £1.

The charity say that the best way to remember the symptoms of ovarian cancer is to think ‘BEAT’: B is for bloating that does not come and go; E is for eating less and feeling fuller quicker; A is for abdominal pain and T is for telling your GP.

To order your keepsake visit www.ovacome.org.uk

Some key questions answered on COVID-19 vaccines for African countries

Love in the time of algorithms: would you let your artificial intelligence choose your...

What is a ‘vaccine passport’ and will you need oneWhat is...

Some key questions answered on COVID-19 vaccines for African countries