Home Culture From Culture to Culture: Different Types of Drums Played Across the World 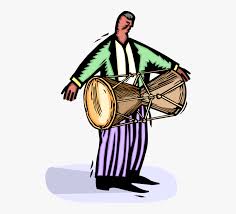 Every time we play a song, there are always specific beats and musical notes covered by the drum. Drums are a vital part of any theme as they lift the music and give it a more uplifting vibe. This instrument has been around for hundreds of years. Till now, we have seen nothing but the evolution of drums. Are you also a fan of drums? If you are looking to learn the instrument, you probably will know more about this mood-booster. Over the years, different cultures have had their own versions of the drum. Who knows how many are still undiscovered? For now, let’s discuss the ones that have gained notable popularity over the years.

These tall, tall drums actually originated from Congolese Bantu in Africa. However, many people confuse them to have their origin from Cuba. These drums are pretty tall and are made from wood. A person learning Conga drum sets has to learn how to play three of them simultaneously. Their shape resembles the Makuta drums, which are also another African creation. The three drums of the Conga set are of different sizes, and they also have other names.

If you are a fan of The Big Bang Theory, you definitely have seen Sheldon playing the bongos as he went bananas. These Afro-Cuban drums are usually associated with hippies and fun lovers. However, the technique of perfecting Bongos is rather technical. The drum set consists of a conical body with wooden shells. However, the instrument has become so popular that you can see some variants coming in metal and even fiberglass. In our opinion, nothing beats the old-school bongo with its usual charm. If you consider taking drum lessons in your home, playing bongos can be a fun activity with the family. There are two drums in the set.

For fans of classical Indian and Pakistani music, tabla drums are nothing new. Over the years, musicians and highly-professionals gurus have perfected their skill on the humble tabla. When played correctly, the beats of this drum set will leave you wanting more and more. It is a set of

two drums that look like really broad cylinders. The top, however, is covered with animal skin. This particular drum is played with the hands. There are two drums in each set:

Moving to the tropical lands of Brazil, they also have a local version of frame drums. This drum looks like a tambourine. The outer body is made from refining wood, and the drumhead is made from animal skin, just like the table. Since it is a frame drum, its body is quite different from your regular hand drums. This drum is quite often used to celebrate the Capoeira martial dances. The notes produced by the drum are reasonably subtle, and you will find that it blends in perfectly with other instruments in a band. You will be surprised to know that many songs actually use Pandeiro to add a few attractive music notes.

Another famous African origination, the Djembe, is a type of goblet drum. Its origin goes to West Africa, but over the years, Djembe has gained significant importance. The drum can fit in literally every other band because of its ability to play a vast array of pitches. There are a few different types of variants available in the market. Still, enthusiasts know that the best one is the original version.

This is the drum set that appears in your mind when we talk about drums. An acoustic drum is perhaps one of the most popular and widely brought drum sets in the world. In fact, most teenagers or younger children sign up for drum lessons. If you are taking drum lessons in your home, you already have this one. The acoustic drums come in different varieties. They can actually be customized according to the drummers’ requirements. Over the years, the standard acoustic drum has transformed into other types, such as electric drums. Some of the best ones in the market known for their quality and performance are: