On Friday 3 March, the best dogs from all over Brighton and Hove went for walkies to Zorian Artworks for a pup-tastic book signing to celebrate the release of’Mike&Scrabble: a guide to training your new human’.

Last month, we had the pleasure of interviewing the book’s Brighton-based authors – namely unlikely illustrator Scrabble the Jackshund and her human, Mike Dicks. The adorable and hilarious book came about after a kindly publisher emailed Scrabble asking her to get her lazy human to compile his drawings.

The book’s blurb reads: “There are many wise, practical, and academic books that explore the relationship between pets and their owners; Mike&Scrabble is not one of them. Instead, this picture book for adults gives an insight into the mind of a dog who has acquired a slightly damaged human, and sets about trying to train him.”

Dog beer from Snuffle in a delicious pooch-friendly flavour (chicken and beef) was on tap during the signing, and guests were treated to goody bags including water bowls and poo bags (charming) from DogBuddy. Well-behaved humans were also provided with refreshments – if their dog kept a watchful eye.

“It’s been glorious today,” says Mike, “meeting dogs from Brighton and meeting people that have followed Scrabble and I on Twitter or Facebook and suddenly figured out we are down here is amazing.”

He adds: “The stories that people tell are just amazing – it’s been a joy. You sit there on social media or writing in your PJs at your desk and you do get likes and affirmation from people – but when you meet somebody that’s actually touched by your story then it’s a whole different feeling.”

So, without further ado, here are our top dogs from the event. 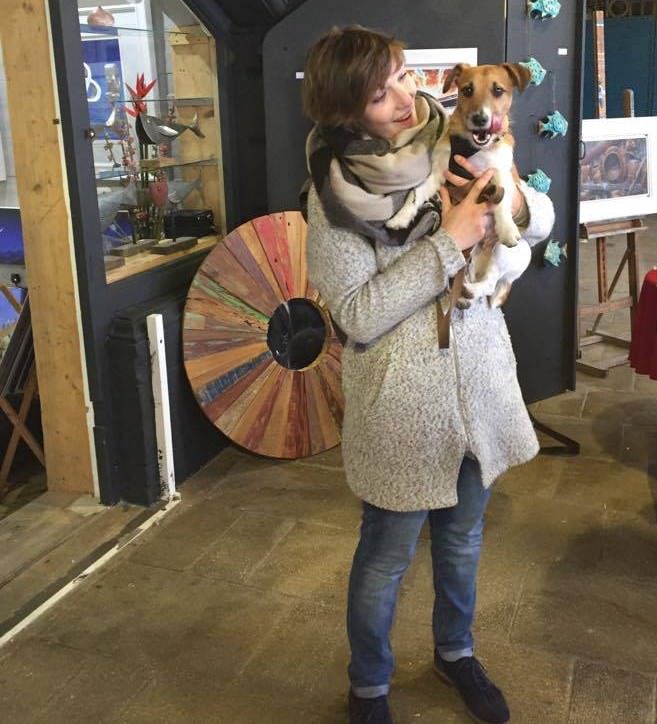 Jack Russell Loki lives in Hove is fluent in French. His owner Sarah was diagnosed with cancer in 2012 – she was 22 at the time and Loki saved her. “I really wanted someone next to me all the time,” said Sarah, “he’s not a rescue dog, but he rescued me.” 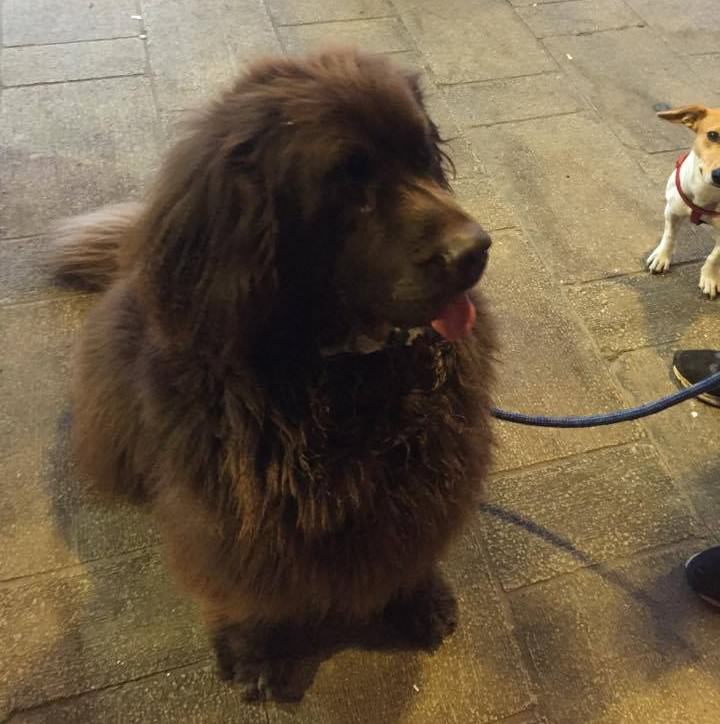 Doug the Newfoundland might weigh 11 stone, but he’s a gentle giant. Not realising his size, he is often a lapdog to his mum, Charlie, and dad, Adam. “He’s like velcro, always attached to me,” says Charlie. 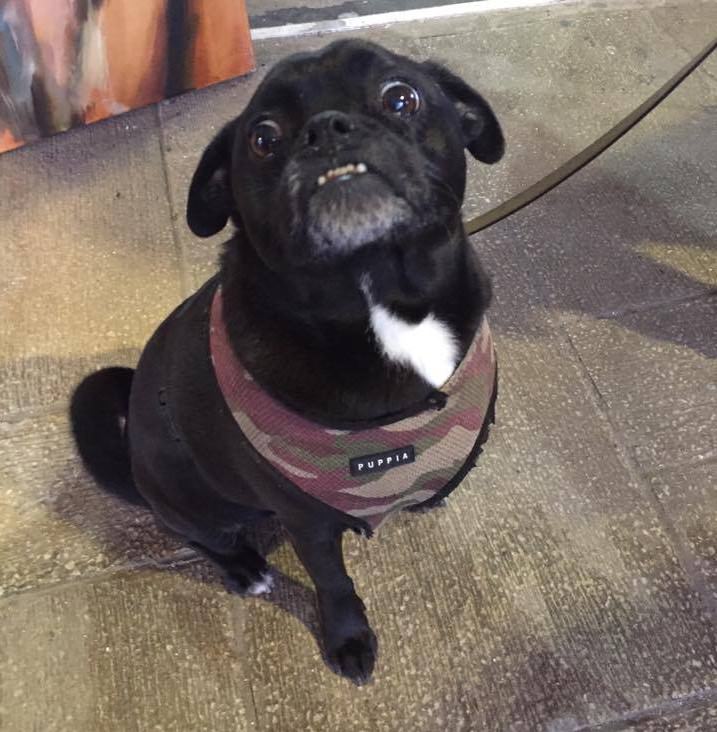 Jug Scooby has the best gnashers in Brighton. He and his and Mum Emma get along like a house on fire. Although he’s not a rescue, Emma said he rescued her. 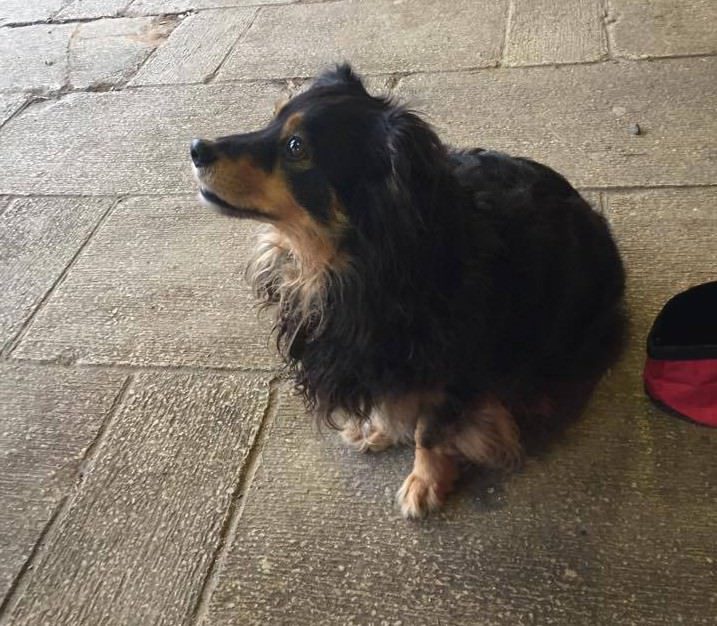 10-year-old WooWoo has been the love of Allie’s life since he was rescued from a rubbish bin in Spain. “He’s just the sweetest, most lovely little doggie,” she said.

Of course, this list wouldn’t be complete without Scrabble. The loveable three-year-old Jackshund came into Mike’s life last year and motivates Mike to keep working on his grumpy days. “Scrabble is a bit dopey but I think she’s like my older sister,” says Mike. 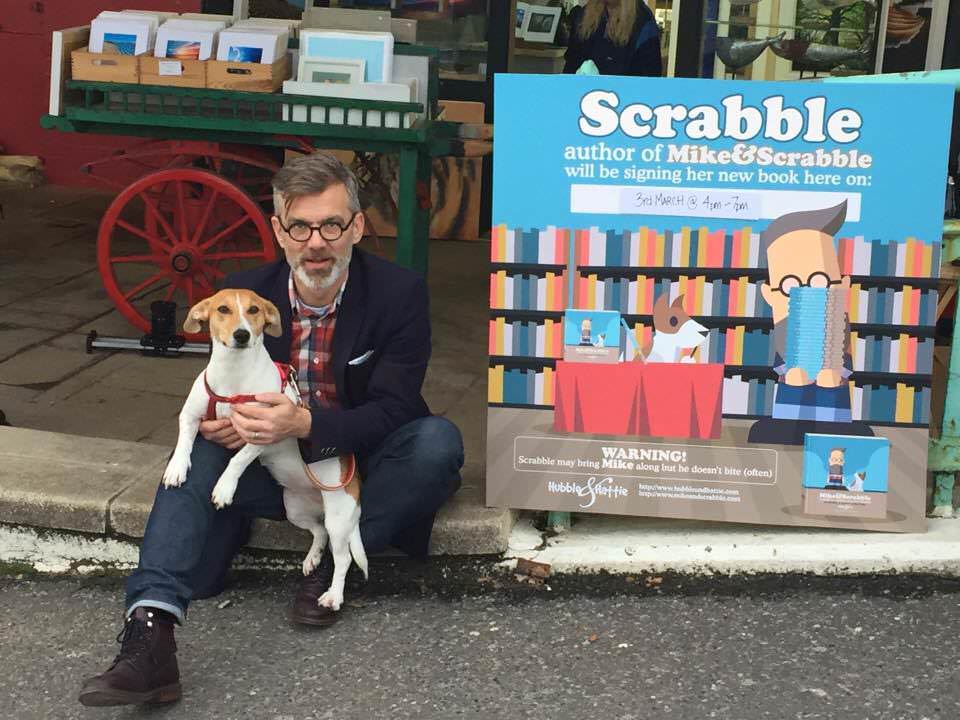 Mike’s second book in the series, Mike&Scrabble Too, will be released on 5 June. You can pre-order a copy here.

The Sussex Teen Tipped to Be The Next Dr Who