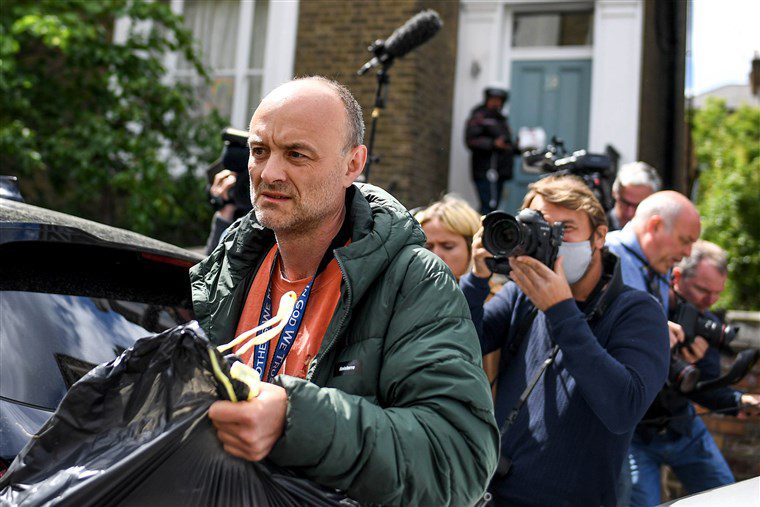 As Durham Police confirm that the PM’s Chief Advisor Dominic Cummings made a “minor breach” of lockdown guidelines when travelling with his family last month, the political saga doesn’t look to be ending any time soon. Whether he broke them or not on a technicality , he cerainly has divided the nation and posssibly broke the spirit of the lockdown for millions who have made huge sacrifices in not seeing family and friends.

The nation heard Cummings’ story of “exceptional circumstances” from the garden of Number 10 Downing Street earlier this week and, even as some polls point to the prime minister’s approval ratings falling by 20% in just four days, it’s a matter that continues to divide the nation.

In East Sussex, local MPs’ response has been a mixed bag. Looking across the six conscientious in the area, here’s what your local representative has been saying.

Huw Merriman, Conservative MP of Bexhill and Battle, has not used social media channels to either defend or criticise Cummings. Focusing more on the plight of British Airways’ employees and the threat of redundancy, Merriman did still comment on BBC Newsnight’s recent broadcast on the matter as the channel was questioned over its impartiality. “BBC did not ask #Emilymaitlis to come off air this evening,” Merriman wrote. “They did, however, make the fair point in this statement about their standards. Everyone, including journalists, politicians and commentators, should wait for the facts before piling in.”

Lloyd Russell-Moyle, Labour MP for Brighton Kemptown, has been more outspoken on Cummings’ actions. “Is it one rule for Boris Johnson’s closest adviser, another for everybody else?”, Russell-Moyle tweeted on May 25th. “My inbox has been filled with people who are disgusted with the current antics”. The MP went on to share The Guardian’s article defending Newsnight, as well as recent news of Durham Police’s investigations.

Sally-Ann Hart, Conservative MP for Hastings and Rye, took to Facebook to share a lengthy post on Cummings’ actions. “I can only conclude that as a parent and wife, that I am satisfied that Mr Cummings did act within the rules and sought at [sic] every judgement to protect his family”, Hart defended the advisor. Acknowledging the sentiment that “there is one rule for them and one rule for us”, the MP also admitted feeling “very angry and frustrated” when the incident broke. Now, satisfied with Cummings’ reasonings, she calls for her constituency to move on and leave decisions over his future to the Prime Minister.

Fellow Conservative MPs Caroline Ansell and Maria Caulfield, of Eastbourne and Lewes respectively, have been active on social media channels but not commented on Dominic Cummings’ actions – despite calls to do so by followers. Nus Ghani, Conservative MP for Wealden, has been similarly tight-lipped.

The fall-out from Dominic Cummings’ trip continues to spark controversy across the nation, with police reporting that those breaking lockdown guidelines are readily using the PM’s advisor as an excuse to do so.

Please let us know what do you think on Dominic Cummings. Let us know on our social media if he should resign or be sacked.