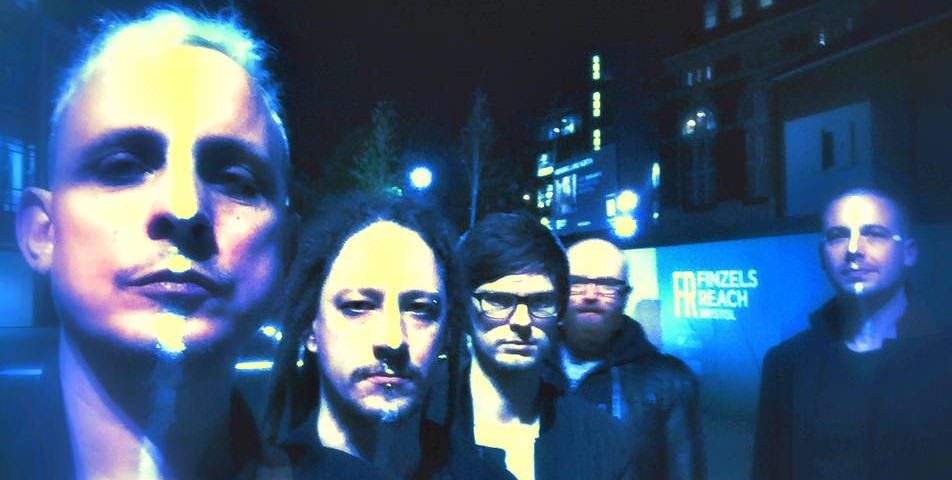 Matt Warneford, 32 put together his band (IAM)WARFACE in October 2015. Matt suffers from Tourette’s syndrome and has discovered that taking on an alter ego whilst performing and singing helps him deal with his condition.

“My Tourette’s isn’t uncontrollably swearing, it’s more like ticks. I used to have this mad tick where I would go round saying ‘Mrs Mouse’ or a would blow on my hand.

“And then I remember at school it manifested itself in a weird way, when I’d have to read in class and whenever I got to a sentence beginning with the letter A, I couldn’t get the word out. It was like something closed up in my throat, I looked it up and it’s called ‘selective mutism’. And so you find yourself in this situation where all the pressure’s on you to get something out and it can make you have panic attacks.

“Alcohol is really good for calming it down.

Matt excelled in art through his school years but says that other than that “I didn’t do much studying”.

6 months into a disappointing art course at college, Matt dropped out and started working at a cinema, eventually getting the sack for having a chocolate mousse fight with a mate and then drawing a massive predator on the wall. Cheeky. Matt then took up training in boiler installation, which has been his day job ever since.

When did you decide that you wanted to be a musician?

“I was always artistic but I was never that interested in music. When I was 17, I got introduced to smoking dope and when that happened, music just started sounding amazing. I remember the first time, I was doing a job for this really well dressed, suited guy and he asks my if I smoke, and I say not really, I mean I had tried it once a while back and passed out. But I was like, go on then, so I smoked a little and he put on this album by the Stone Temple Pilots and loved it.  I got really obsessed with them, went to see them in concert and looking up at the stage, I remember thinking, I want to do what he’s doing.”

Matt’s been in a few different bands, searching for the right musicians and his own sound. Previously to (iam)warface he was in a band that completely fell apart and drove him to go solo after a producer friend encouraged him to do so.

“I thought fuck it yeah. So I started writing music on my own. So all the music I’ve got so far, is all my own. I put all the instruments on it.” 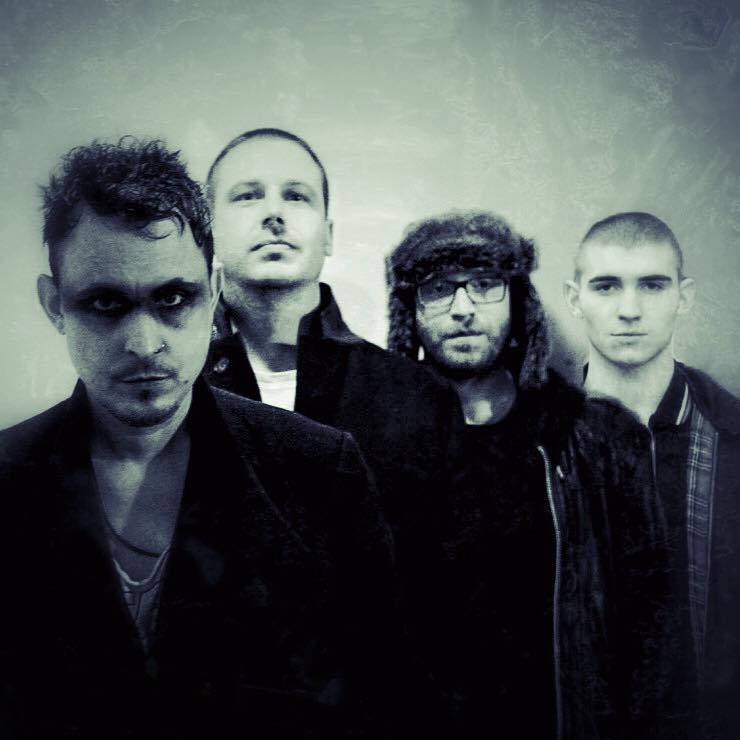 What made you go from a solo artist to putting (iam)warface together?

“I wanted the band members so that I could do live shows. I was thinking about doing it on my own but it would be like a Kanye West thing, with backing tracks and that wasn’t what I was going for.”

How did you recruit your band members?

“So in September 2015, I put adverts out, looking to recruit new band members. No-one was interested.

“And one day, I got a random message on Facebook from a guy I’d met once or twice before, who called himself Lulu Millenium Falcone, because he loved Star Wars (his really name is Louis). So having noticed I was into Star Wars too, he basically invited me to this Force Friday event in London, where they sell all the new toys from the films. I was a bit apprehensive about meeting him but then I thought, why not?

“I told him that I really wanted to get this project off the ground and build a live band around what I do.

“And he said, well yeah I’m a guitarist, lets see what you’ve got. So I played him some songs in the car and he almost had an orgasm.

“Louis brought in a DJ mate of his called Ted Fresh Synths who joined us, becoming our backing track DJ guy.”

So at this point, (iam)warface was a three man band, Matt singing, Louis playing the guitar and DJ Ted handling the backing track. They did their first gig at Sticky Mike’s Frog Bar in Brighton.

“It was alright… It just didn’t punch through with the combination of electronic drums and the backing track. So then we spent ages trying to find a drummer.” 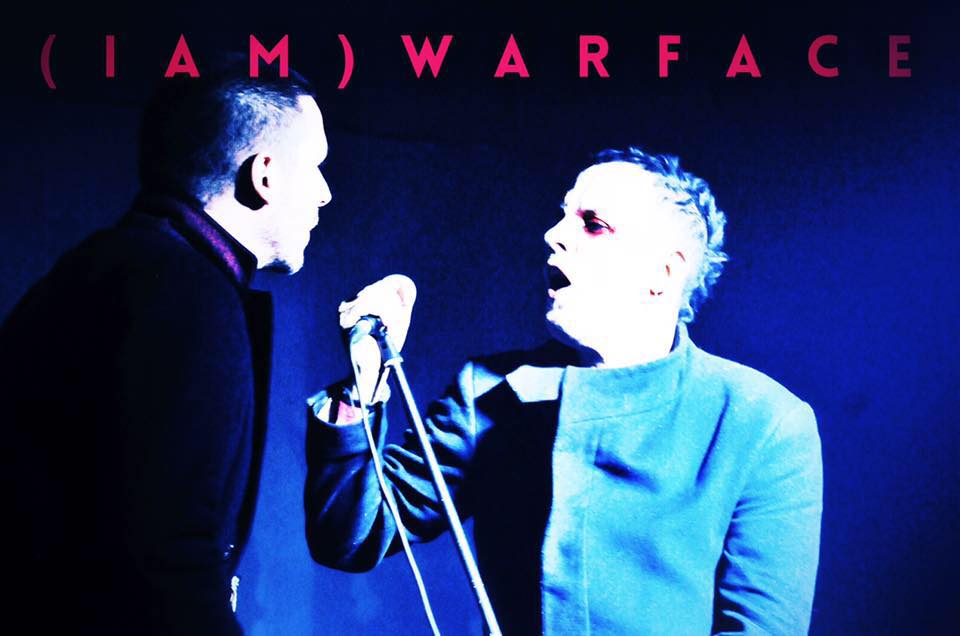 And finally, his bass player Mike Smith, a mate who was in another band called Suzerain was recruited when both bands played at ‘Into The Wild’ festival, near Milton Keynes, July last year.

“After going on stage, we were all sitting round the campfire and Mike just turned round and said: “If you ever need a bass player, let me know.” So I went away and thought about it and then was like, yeah he’s cool he’s got dreads, looks wicked and he’d wanted to be in my band for a long time. His band Suzerain was separating and he wanted to jump ship.

“And then our music really started to come together.”

How would you describe your music?

“Someone came up with this name for my music, ‘rocktronica’. So it’s basically electro rock. Along the lines of Soul Wax. Very groove-based kind of music. Very song orientated.

How do you think you got yourself known?

“I do everything from scratch. I’m self-taught to do all of my promo and social media. I started off with Twitter, I managed to gain about 30 000 followers just by posting stuff and following other people. I set up an automated message to be sent to everyone who follows me, immediately saying ‘go to the website, subscribe’. I started putting music on Youtube and then made a Facebook profile. Instagram. Just building on the social media stuff up to the point where our name is kind of getting out there, a little bit.

“A record label have shown interest in us after years of sending them my stuff, they’ve finally got back to me for an interview, so that’s cool!”

Any new projects we should look out for?

“At the moment we’ve got an indiegogo campaign going. The principle of it being to raise £3,500 to shoot a music video for my song ‘Say My Name’ which is being done in quite a strange way.

“The director of the video has done quite a lot of high profile stuff, he’s worked with bands like Skunk Anansie. So what he’s going to do is make a sort of feature film with a series of music videos in it from different bands that all have a narrative that tie one another together.

What would be your ultimate dream with all of this?

“At the moment, it would be nice to give up the day job of putting in boilers for people.”