People Sure Did Party Last Weekend At Brighton’s Oktoberfest!

Many gathered at the level over the weekend at Brighton’s Oktoberfest with one shared aim – to be jolly, drink bier and eat delicious foods. The festival originated in Munich, Germany, to celebrate the wedding of Prince Ludwig and Princess Therese in 1810. But today it is celebrated all over the world. Essentially one huge party, sure to get you feeling festive. 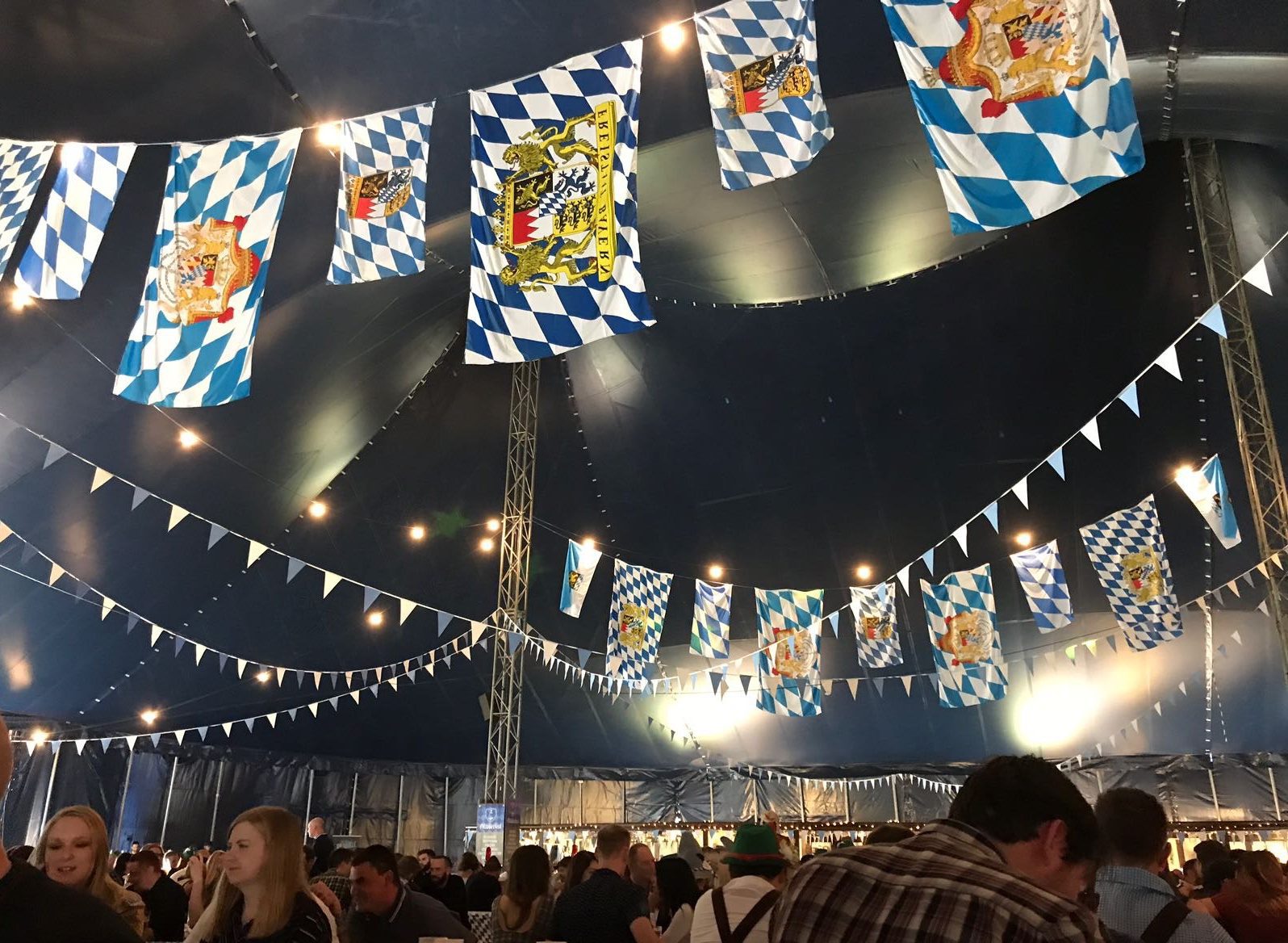 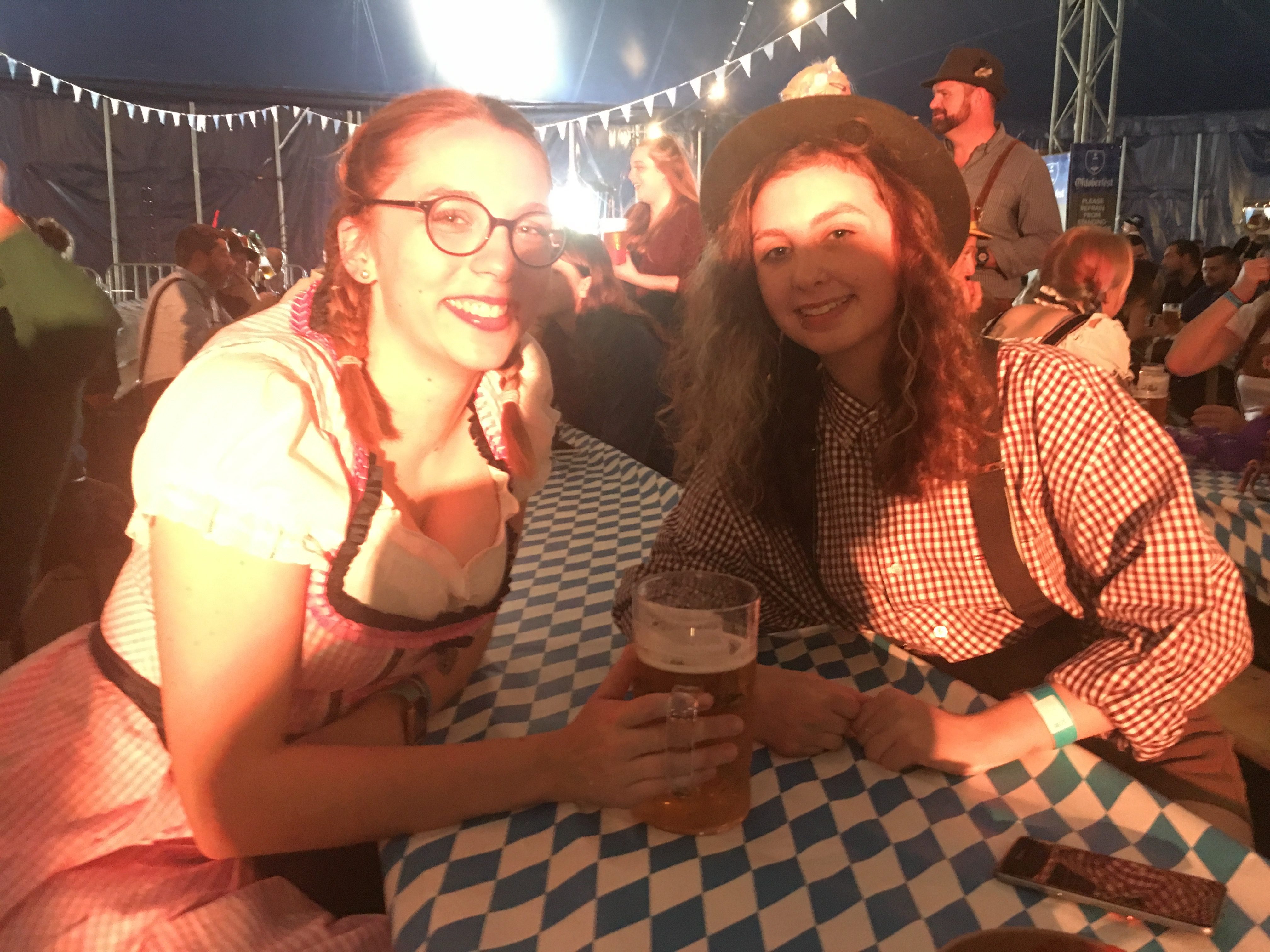 First we caught up with friends Louisa and Mia. Louisa was actually German herself and this wasn’t her first experience of Oktoberfest. I asked her how Brighton’s Oktoberfest compared to the original, ‘It’s getting there.. the music is much more English and it’s a lot calmer [laughs]’. She was right the Oompah band, mixed Bavarian style clap and slap songs with pop hits to get the crowd going. It was Mia’s first Oktoberfest and she said ‘I’m loving the music the most, I think a couple more drinks is needed to get everyone going!’ 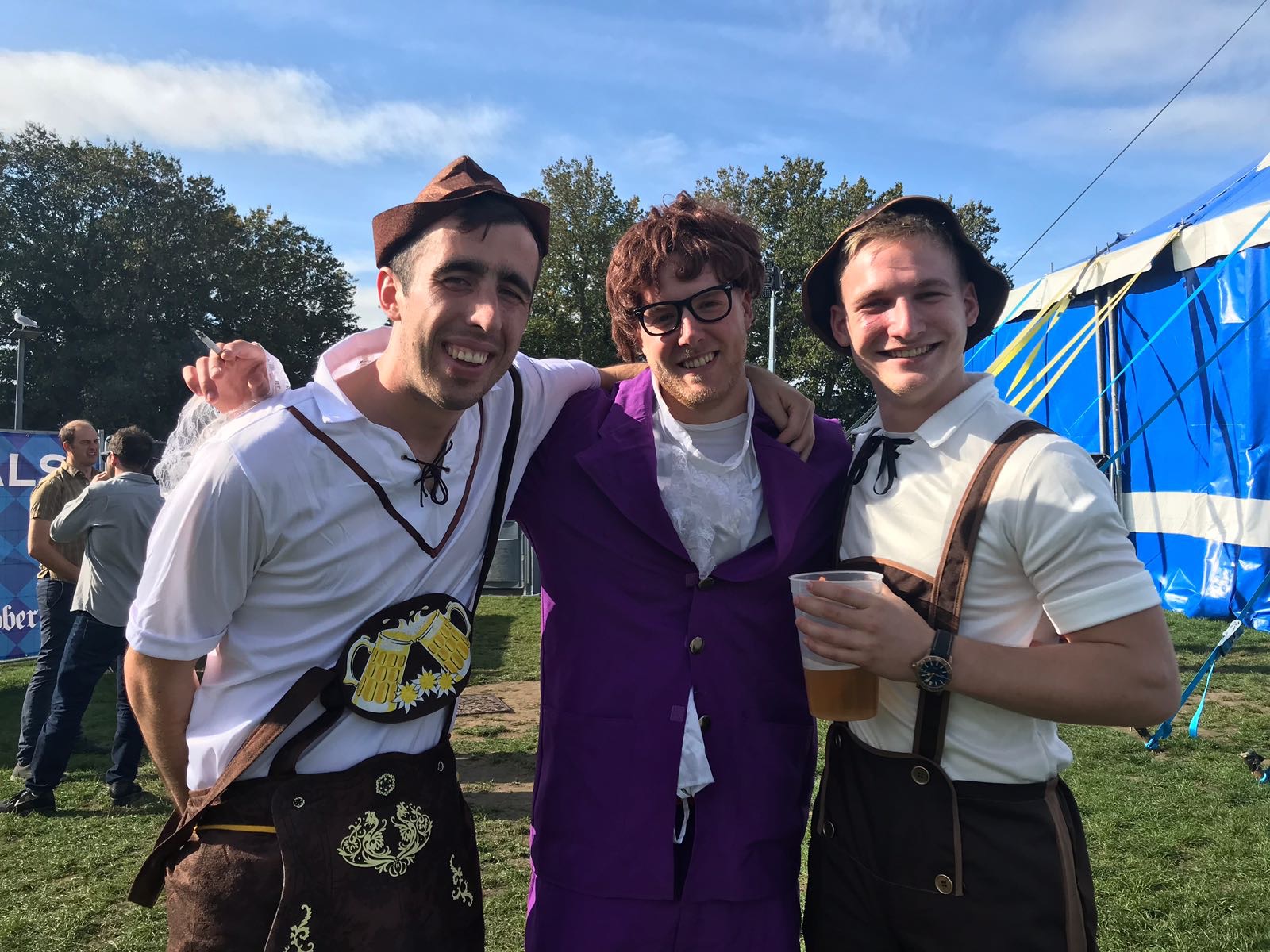 Best mates Austin, Connor and Jack seemed to be having a great time when I spoke to them, they attended with no less than sixteen of their friends. It was their first ever Oktoberfest and described enjoying the bier and sausages, in their best German accents. 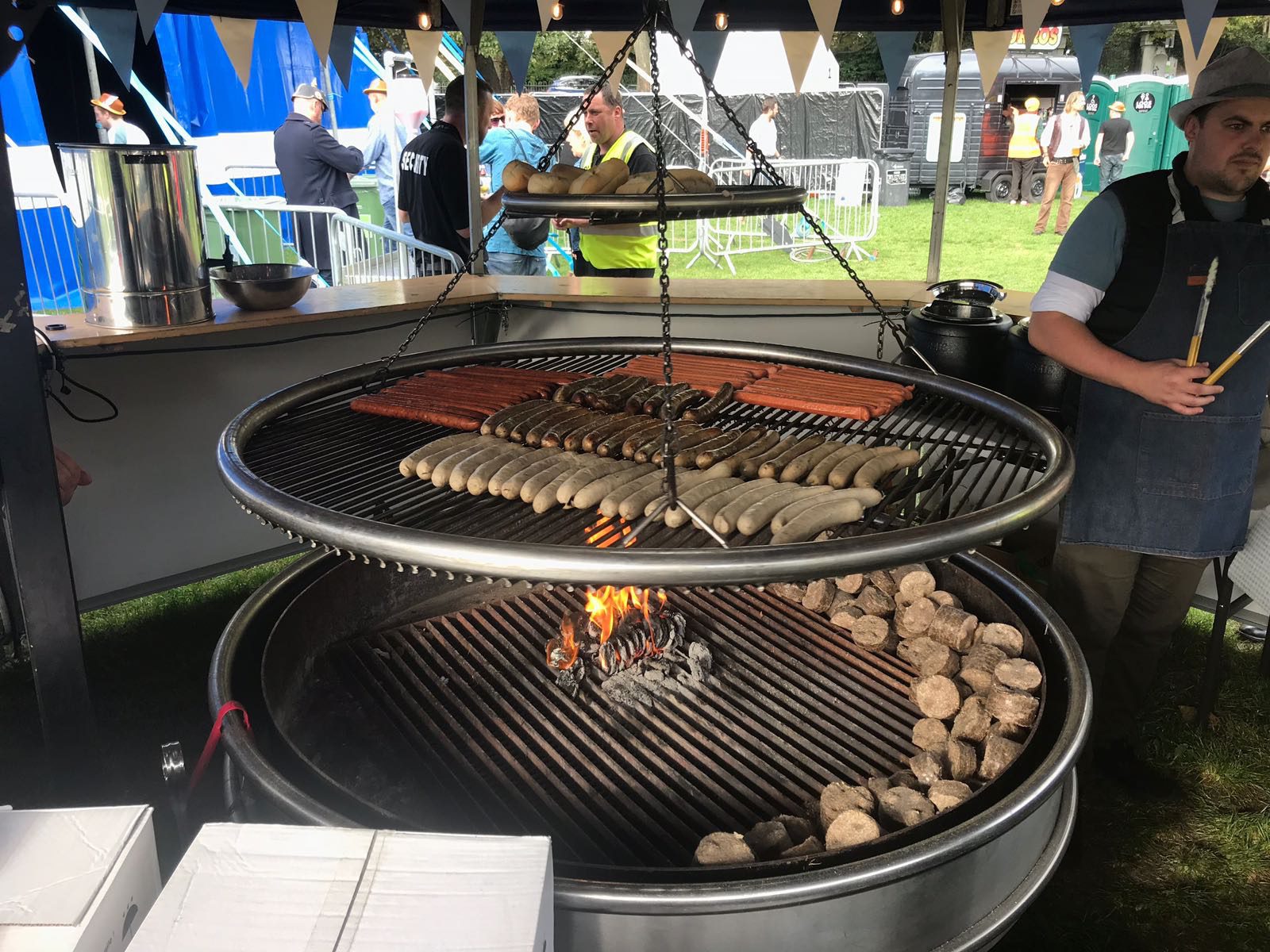 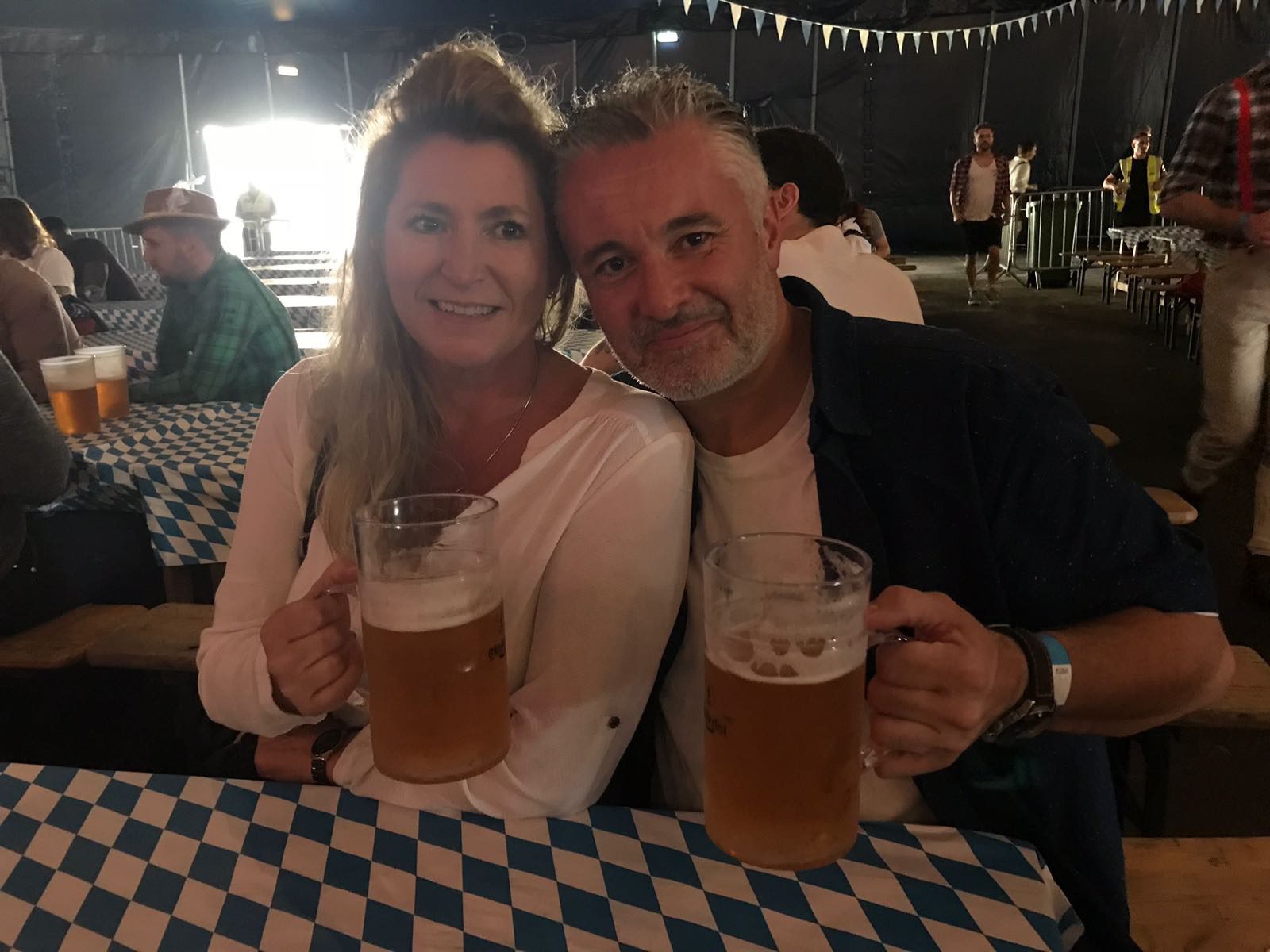 The lovely couple Heather and Paul, described their first Oktoberfest as good fun! Even though they hadn’t been there too long they said their favourite aspect was the music and they would likely return a second year. 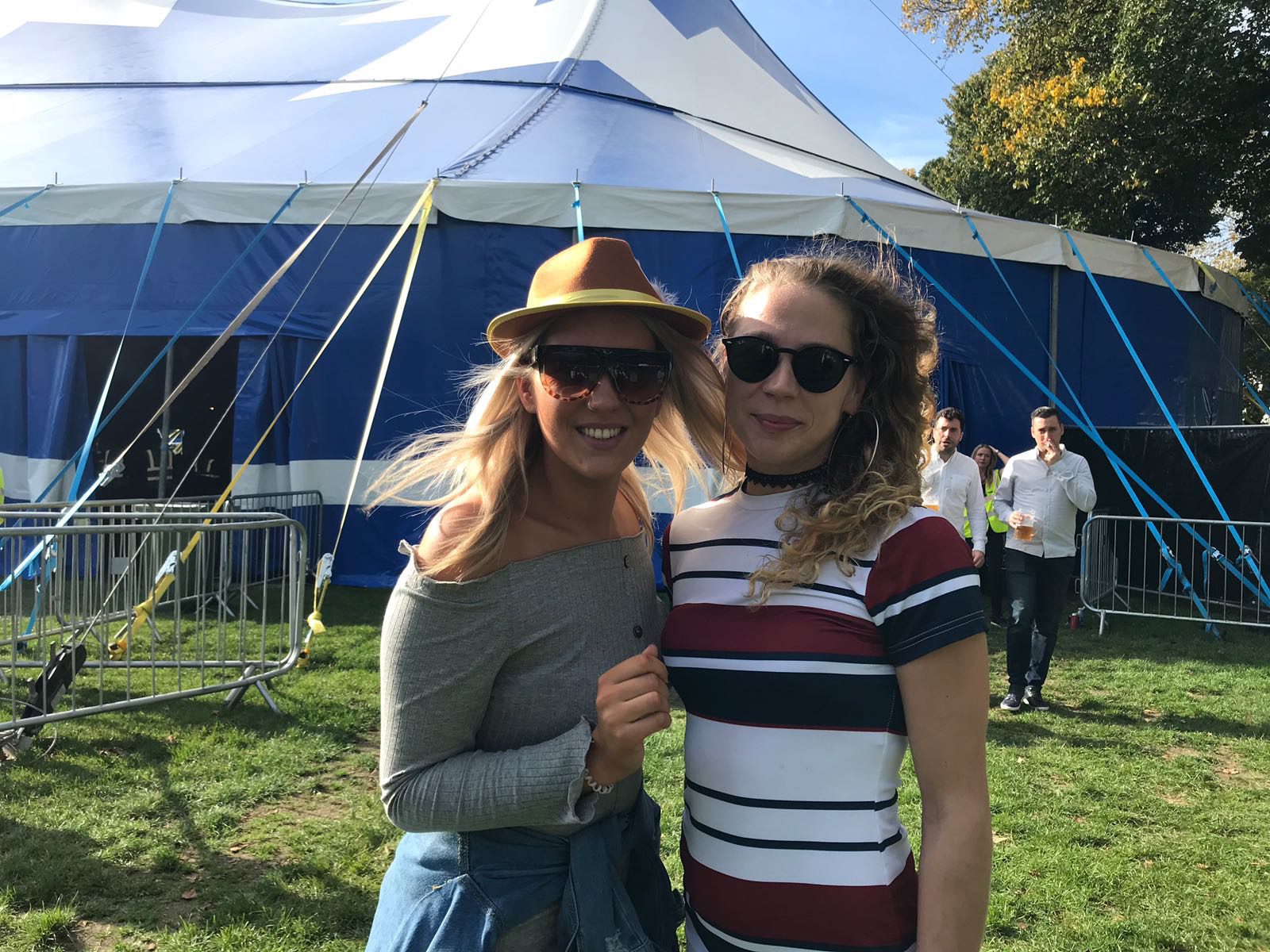 I also got to chat to friends Sam and Coral, it was also their first Oktoberfest and they said ‘I don’t know what I expected really, when I first got here everyone was sober [pulls face] but it’s starting to pick up a bit now’ ‘Yeah it’s just a really good environment you know! We’re loving the bier and sausage!’ 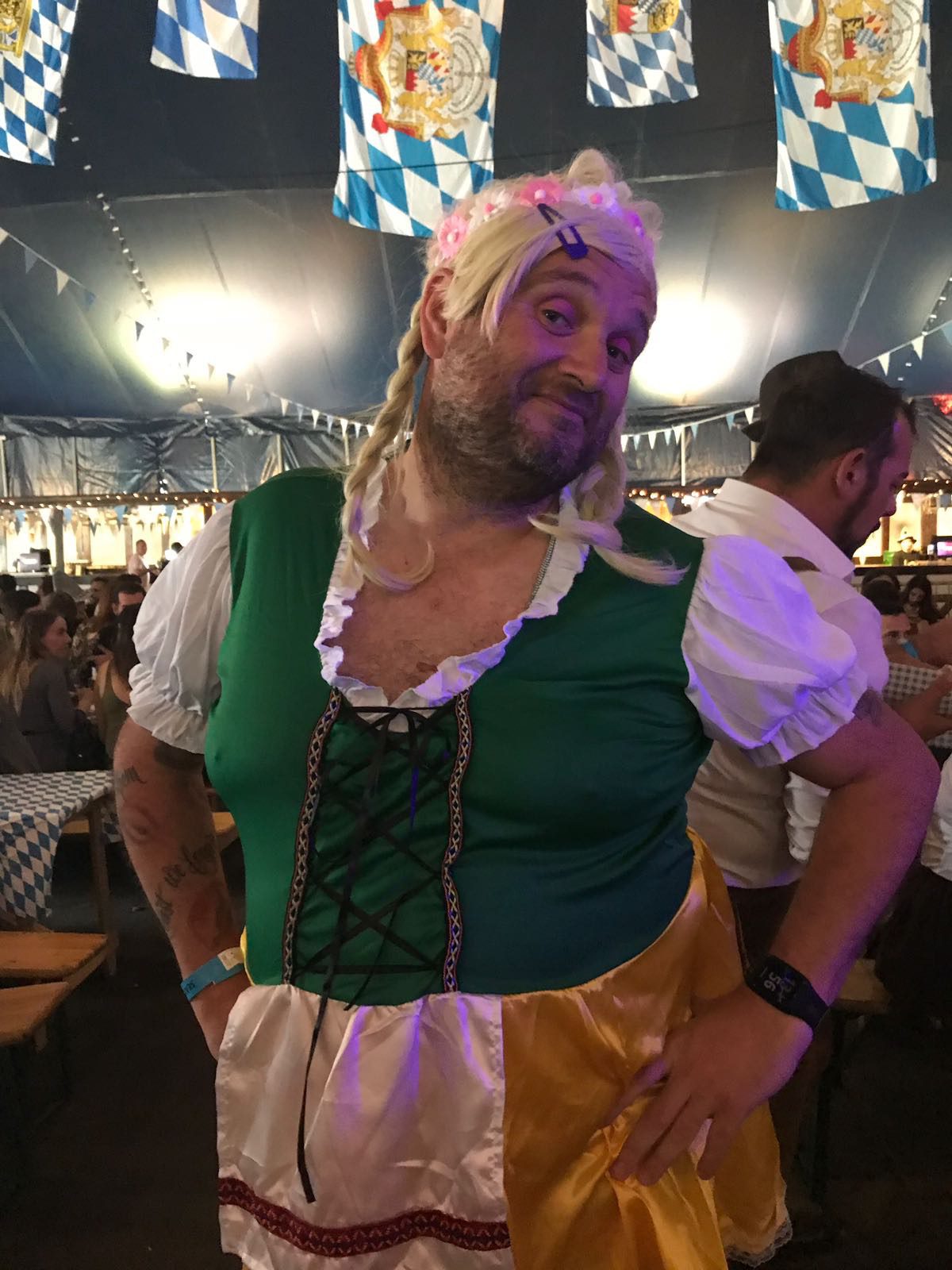 Graham looked absolutely amazing in his traditional German dress! He is half German and so has had a few experiences of Oktoberfestivals before, this year was his second time attending the Brighton one. He described it as ‘…different from Germany but I just love the giggle of it!’ 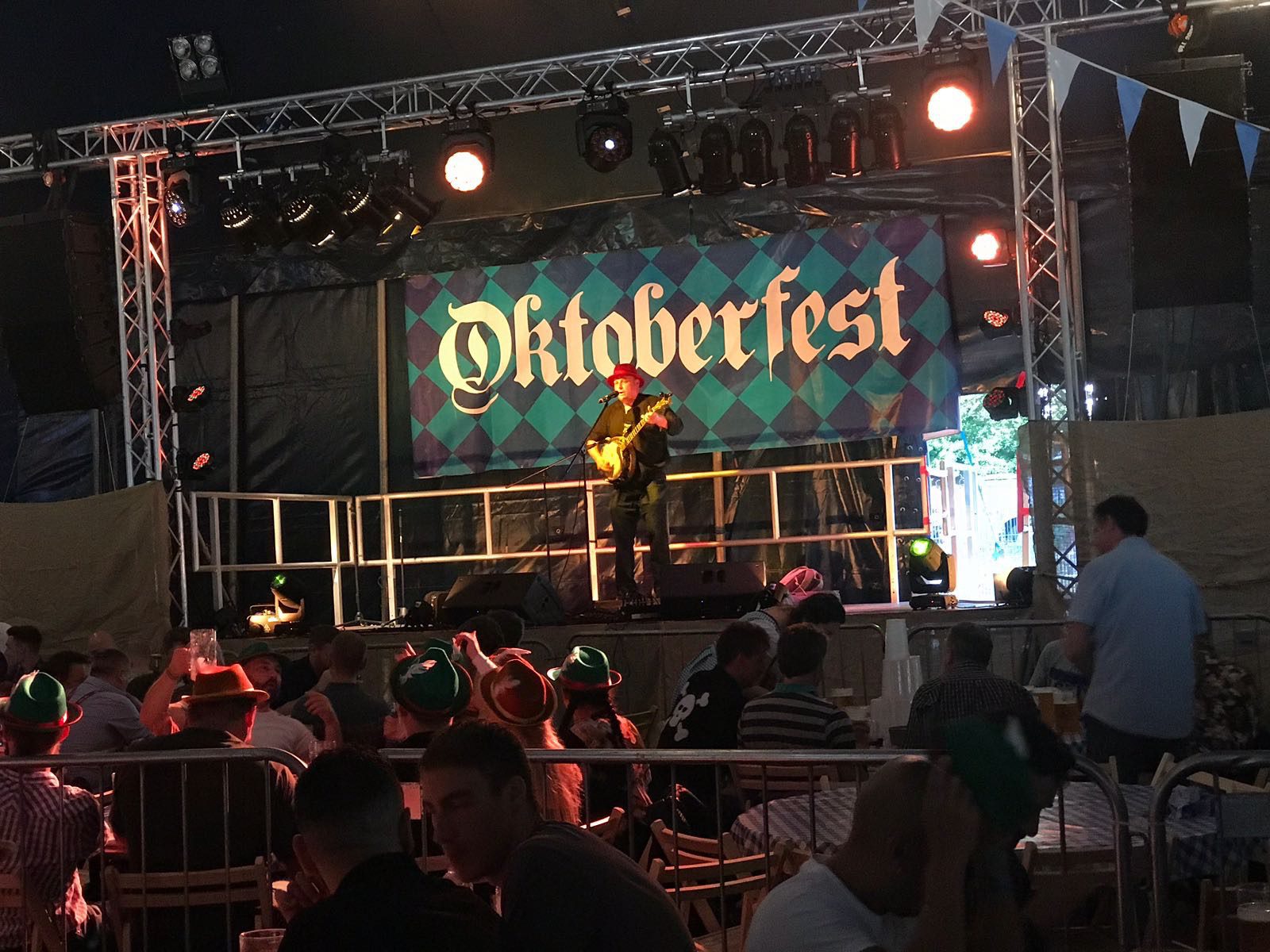 The day was alive with music and by 3pm most of the crowd was up on their feet dancing. At the beginning the Oopah band got everyone involved with some slap and clap games. Which everyone enjoyed and carried on themselves through the other acts, such as Stomping Dave, who was a real crowd pleaser. 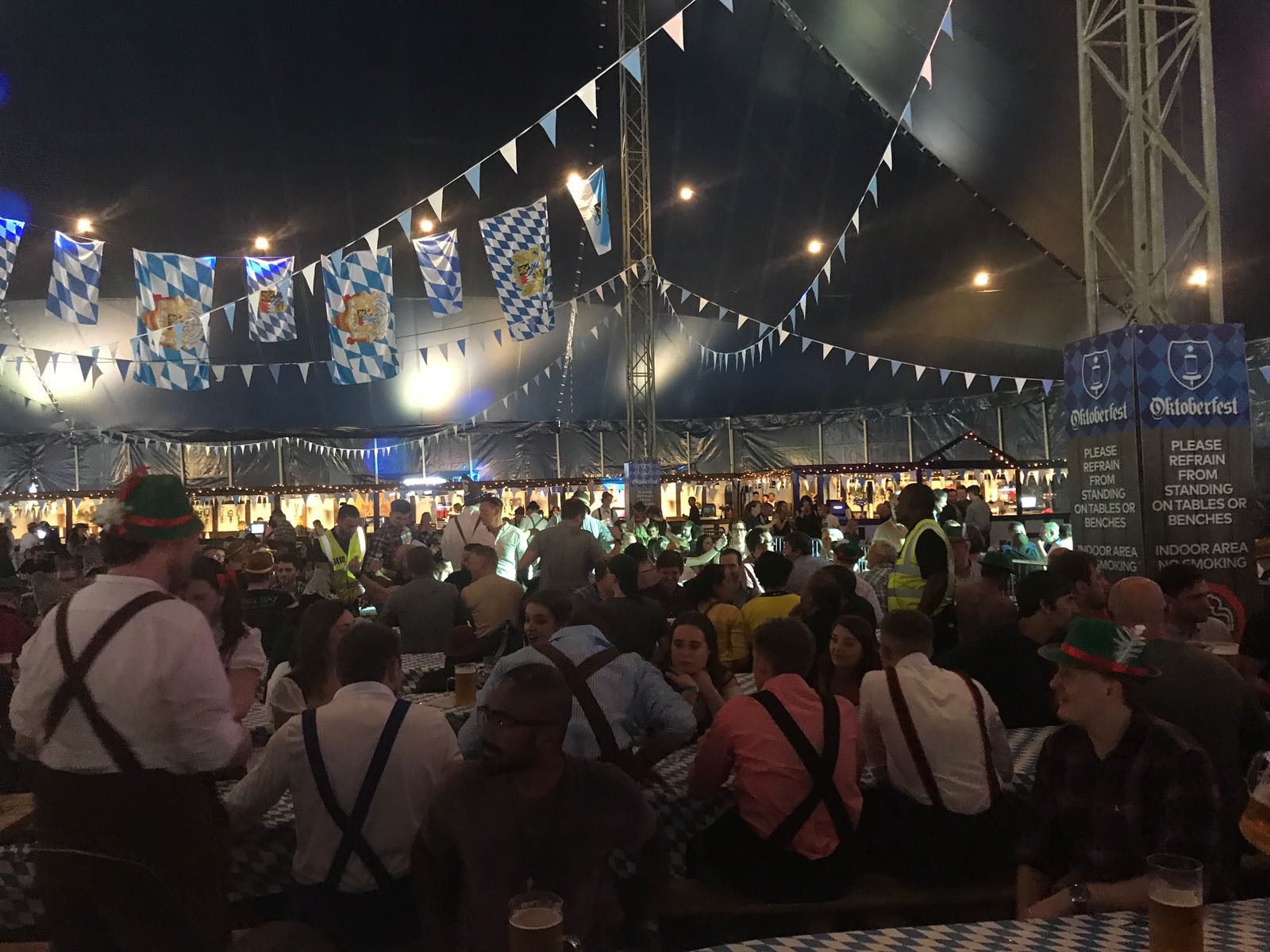 The view across the huge tent was one of blue check, scattered with the crosses of lederhosen. Girls in dirndl handed out jager bombs and there were plenty of bier bars around the tent. While even if you hadn’t pre-planned fancy dress there was the opportunity to purchase accessories to get you in the spirit. Even though the event sold both seating and standing tickets, standing didn’t seem to be a favourite with many, as it was slightly away from all the action and many people upgraded their tickets once there.

If you would like Brighton Journal to visit your event or venue for future featuring you can contact us here.

Everything We Know About Dolly: The Best Selling Writer Brings Her Tour to Brighton