Home Politics The chilling reality of Uighurs Muslims in Xinjiang and How Big Brands... 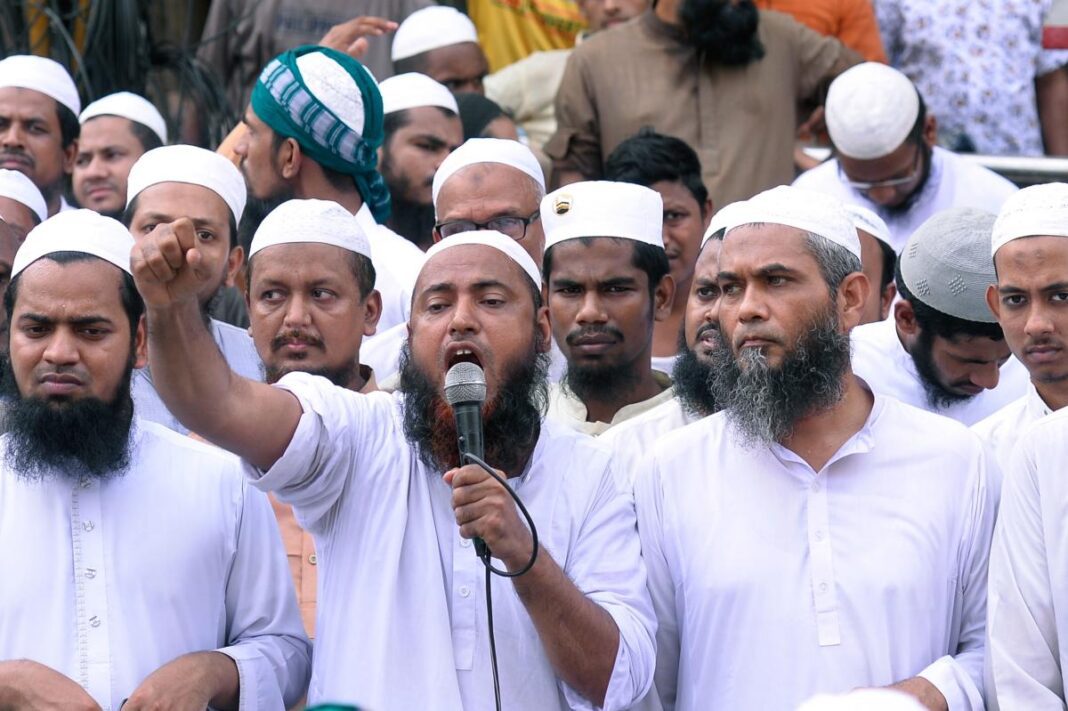 In recent years, since the reports in 2018 were addressed to the world of the modern day slavery events imposed against Muslims in Xinjiang, it has since been highlighted and heightened with extensive media coverage unfolding the indescribable living and working conditions for the Muslim minorities detained in city. Written by Nicola Wright

It is estimated that over 1 million Muslims are currently within captivity formally known as “Vocational Skills Training Centres”, a terminology that can no longer be used. The facilities holding Uighurs and other Muslim minorities are seeking ways and practising training exercises that are aimed to include stripping and the re-writing of their traditional beliefs, their culture and their language. Allegations have also surfaced on forced sterilisation, IUDs and abortion upon the Uighury woman, with the state holding regular checks to monitor.  The US, UK and other European countries have since spoken out and pledged their support in helping to seize such activity, with a British group of MP’s today sending a letter to the home secretary requesting an automatic grant of refugee status to Uighurs fleeing China and to seek asylum in the UK, according to various media reports.

Rahima Mahmut, the head of world Uyghur Congress’ UK office was quoted making the following statement to The Guardian.

With the evidence mounting and becoming clearer for all to see what is unfolding in the providence,  more reports are coming forward confirming the reality and the severity of the situation for the Muslim minorities.

A dancer turned model who relocated to China to follow his aspirations, has shown a glimpse into his living conditions shared with the BBC news this week. Details shared by Mr Merdan Ghappar shows how he is detained and handcuffed to his cell whilst evidencing his living conditions within the video.

He then elaborates on events and shows evidence via text message, documenting what he saw “50-60 people detained in a small room no bigger then 50 square meters, men on the right, woman on the left” he advised.

Giving a chilling image of just one event that has being carried out inside the re- educational camps. Along with further investigations into the severity of the situation that has been unfolding in Xinjiang. New evidence was brought to light this year with a report published by the Australian Strategic Policy Institute (ASPI) in March

2020, evidencing a list of global brands that are accused of participating in the mass repression by sourcing their cotton products from the factories that are enforcing slave labour.

As The Guardian reported, “China has the world’s largest supply of cotton and the majority is sourced from Xinjiang”.

“Under conditions that strongly suggest forced labour, Uighurs are working in factories that are in the supply chains of at least 83 well-known global brands in the technology, clothing and automotive sectors,” the think-tank reported.

Big Brand names including Abercrombie & Fitch, H&M, Calvin Klein, Gap, Victoria Secret, Puma and many more. Have reportedly all profited from products made from within the factories and under the slave like conditions.

Many brands have now spoken of their unknowing involvement, ongoing investigations or denied their participation with recent statements.

Nike, according to the BBC News advised it is “conducting ongoing diligence with our suppliers in China to identify and assess potential risks related to employment of Uighur or other ethic minorities”. Ikea has stopped sourcing cotton from Xinjiang according to The Independent while Adidas claimed to The Guardian that they have never sourced materials from Xinjang.

It is not only clothing brands that have been named. Well respected automotive brands including BMW and Volkswagen have also been linked to new reports.

Volkswagen have since issued a statement outlining key factors that they “respect minorities, employee representation and social and labour standards” with them having “direct authority” in all areas of the business.

Anti-racism in Brighton & Hove: Where are we now?