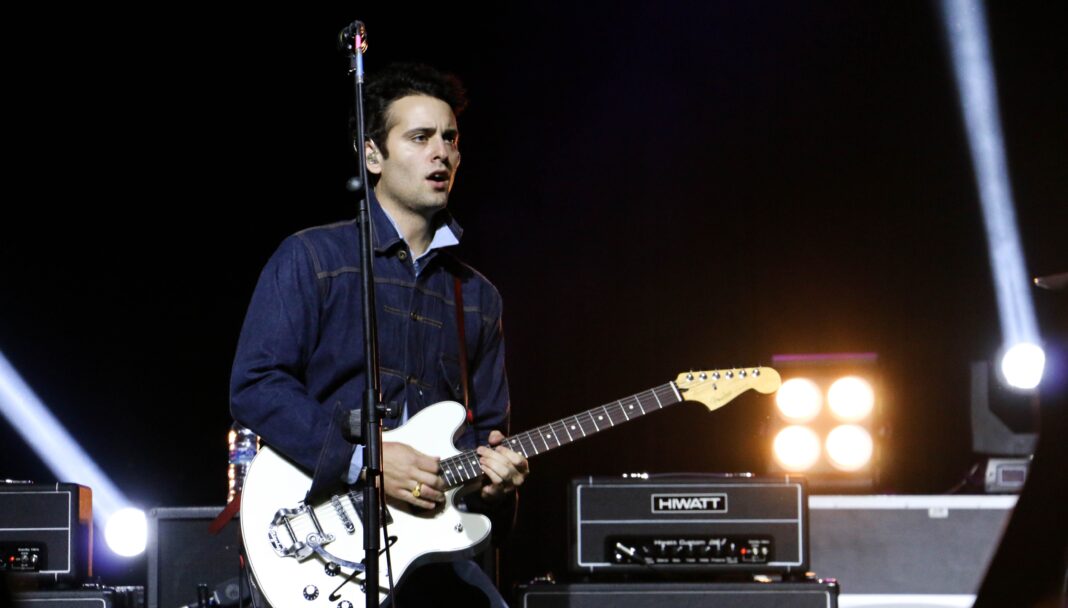 It’s the situation all of us have been in; you’re on tour with your indie band and you’re having a fashion crisis. There is nothing to wear that will look cool and won’t wear after a few overzealous movements on stage. How do we come up with a solution? Well, you put Freddie Cowan, guitarist of The Vaccines, Brianna Lance, former Reformation head designer and stylist and BFF of It girl Alexa Chung, and Savile Row tailor David Chambers together and then as if by magic, Basic Rights is born.

The collection launched this week with a presentation at Jimi Hendrix’s Electric Lady Studios and are full of essential items you simply must have with you when you go on tour. Brianna Lance told Vogue “The idea is to offer simple pieces that you can build a wardrobe out of, and then if you want to add in some crazy vintage jacket that you found or a super-colourful piece, you can”. The range features crewneck t shirts, denim shirts, dark wash jeans and jackets (only true indie kids can get away with double denim) and several simple sweaters. All the fabrics are sourced in Japan and were chosen purely with durability and function in mind. The trousers are made in workwear twill to withstand wiling out, and the t shirts are made to accommodate sweating. “We were thinking about the kinds of things that last guys the longest, it’s trying to be non-disposable fashion” Lance continued.

It will come as no surprise that the inspiration for the line comes from the likes of Steve McQueen and Ian Curtis. Lance explained “when we did a trouser, we looked at tons of pictures of Steve McQueen, Paul Newman, Ian Curtis from Joy Division – all of these super-iconic male figures – and focused on what kind of trousers they were wearing. The same went for the jeans, jackets and T-shirts. We were just trying to find the most classic version of something that still had elements of coolness to it.” The collection is also affordable, ranging from $50-$500, so even if you’re band is just starting out you can still look as cool as Freddie Vaccine. The collection will be added to each month and there will be another big collection in April, according to Fashion Mag. You can check out some of the collection below.

How celebrities and influencers have driven our modern obsession with shapewear

Hairstyle Ideas For the Summer

NFTs: why brands like Nike and Prada are using them