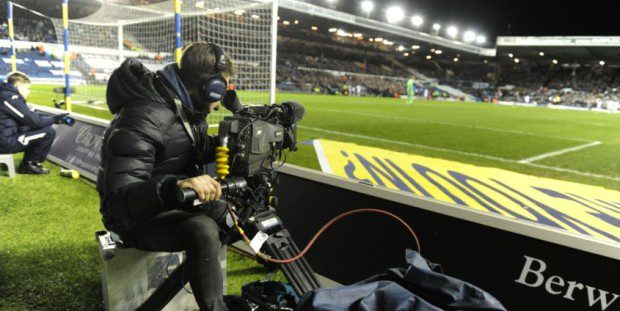 Brighton & Hove Albion have already had five games broadcasted live on Sky Sports this season, with another four games lined up throughout February and March. Reading’s visit to the Amex Stadium is the latest fixture to be tinkered with by Sky, moving the original 3pm Saturday kick-off time forwards to an evening kick-off on Friday 11th March.

The swap may only be a matter of hours, but for some fans it’s the difference between watching it from behind the goal to watching it behind a television screen. These relatively short-notice fixture changes are a blessing for sofa-glued supporters, however they cause havoc for die hard supporters who travel from afar and spoil plans made well in advance.

What’s more important for the club, being picked up and dropped at the hands of a disloyal television broadcaster for the sake of television revenue, or the meaningful long-term support of live spectator’s week in week out? Sadly, the game is being taken over by money and the thoughtfulness towards season-ticket holders is in rapid decline.

The trip to Cardiff City on February 20th has been changed to a 12.30pm kick-off, meaning supporter’s must leave in the early hours of the morning to experience the full pre-match build upon away supporters famously thrive on. It’s no fun turning up to a game as the first pass is made and with travel procedures vigorously altered by Sky’s obsession, some supporter’s have no choice anymore.

Of course, with the expensive price of watching live football nowadays, some supporter’s welcome Sky’s inclusion, giving them the opportunity to watch their team play at a minimal cost with less effort required. But who is more important? Is it the fan watching from his local pub or the fan making a 400-mile round trip to watch his team play? From Sky’s point of view, it’s certainly the man standing at the bar.

Train tickets are booked months in advance, hotels are secured early and weekends are based around the 3pm kick off football fans rely upon. For those not making the trips, great news, but for those paying out hundreds of pounds in preparation for a weekend away, Sky’s actions are turning expensive preparation into a long-term gamble.

Albion’s record on Sky television hasn’t been fantastic in recent years, losing two play-off semi-finals and concluding a 22-game unbeaten run with a punishing 3-0 loss at home to Middlesbrough just a few weeks ago. With broadcasted games against Brentford, Cardiff, Leeds and Reading fast approaching, the least the club’s loyal supporter’s can ask for is a healthy points tally in amongst Sky’s thoughtless impact.

Unfortunately, power and money continues to overrule traditional values and expectations within the game. Boosted television coverage shows the positive direction Albion have travelled, however it also highlights the disappointing wedge Sky TV is putting between authentic supporter’s and the football club itself.