NewsTravel and Transport
No Comments

School transport is incredibly important for every child, it ensures their way of getting home from school or college safely. Now, imagine a child who suffers with a certain disability and must rely on transport every day. The thought of not being able to do that can make just about anyone worried. A child with special educational needs should not experience anxiety or any form of distress from just having to get home from school. 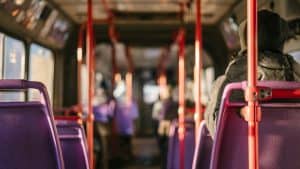 School transport providers withdrew their services on 14 routes in Brighton and Hove. The issue according to the council is due to some providers not giving them enough notice about their ability to continue their services. The news was brought to them just before the start of the academic year, which resulted in 30 students not being able to attend. Those who did attend were forced to take a taxi, which made pupils with special educational needs anxious and stressed. Getting into a cab with someone they do not know can be an extremely stressful experience for them. Their routine should not be disrupted as it can have negative affects on their mental health.

The council admitted that they are getting in touch with the providers that did not give them 30 days- notice as agreed previously. The new chair of Brighton and Hove City Council’s Children, Young People and Skills Committee, Councillor John Allcock apologies for the distress caused to the children and parents.

‘I want to make a direct and unreserved apology on behalf of the administration for the distress caused to the children, young people and families as a direct consequence of the change to home to school transport arrangements’