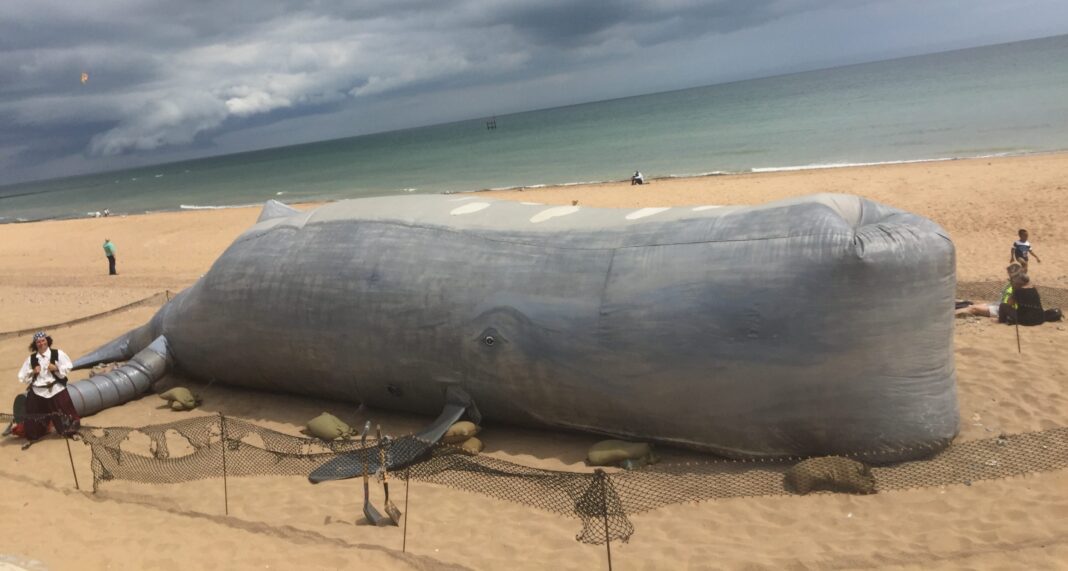 An 18 metre fabric inflatable whale installation will be coming to Brighton
Marina between the 9 – 13th August.

The show name ‘Plastic Ocean’ has been launched to educate adults and children on the current fragility of our environment.

The show is interactive and free and will run daily between 12pm – 5pm at The
Village at the marina.

It will feature the 18 metre inflatable sperm whale, in which attendants will be able to go inside for a completely theatrical experience. Here, they will find themselves in the depths of the bubbling, kelp-swirling ocean. Through an encounter with a diver, audiences will swim with the age old Leatherback Turtle. With the use of exquisite puppets, comedy and music, the team explore the tale of sea creatures and their battle to survive in an ocean full of rubbish.

Journey go-ers help to save the Turtle and the Whale from a swarm of plastic and travel from the Indian Ocean to a coral reef. All will be left feeling empowered that everyone can make a difference.

Plastic Ocean is the brainchild of Marianne Grove, Artistic Director of the show. Marianne is part of the collective Circo Rum Ba Ba, an energetic troupe of all woman circus theatre performers. Regularly touring around the UK and Europe their visually stimulating shows always surround a strong narrative, bringing theatre to the settings you least expect.

Marianne says “Plastic Ocean is the third show we have created for the inside of our amazing Sperm Whale theatre.  It is surprising enough to see an 18 metre long true- to- life Sperm whale in an unexpected place but when the audiences realise that they can go inside it for a unique theatrical
experience they are always excited. We look forward to seeing you at Brighton Marina.”