Home Sports Leftfield methods working their magic at the AMEX 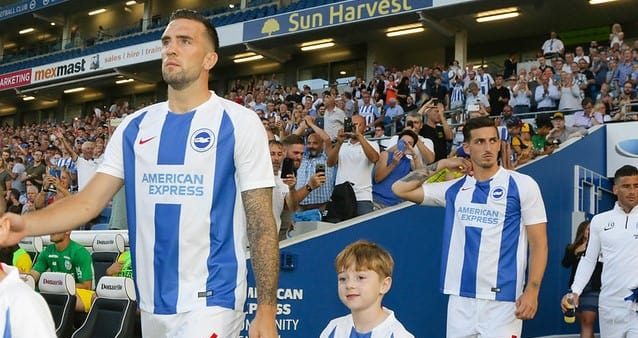 When Chris Hughton was sacked it raised some eyebrows. When he was replaced by Graham Potter it caused even more jaws to drop.

There was no doubting the fact that this, in what is a pivotal season for Brighton, is a gamble. Hughton was seen as a safe pair of hands, someone who had already kept the Seagulls up against the odds. Potter was somewhat of an unknown, with not much of a track record, no EPL experience and a reputation for, well, let’s just say unconventional methods.

It’s early days and we don’t want to get carried away, but the season has started as well as most fans could have hoped. Last week, in a weekend of shocks, Brighton produced one of their own. Suddenly Seagull fans are not just looking down the table at the relegation places, but are weighing up the odds for a top half finish, and perhaps cashing in their “free online bets” in the hope that Brighton keep form.

Changing of the Guard

With Tony Bloom’s success on the poker table, it should not come as too much of a surprise if he did take a gamble, but if you scratch a little deeper below the surface, it may have been a lot shrewder appointment that many people gave him credit for. First of all, there is no doubting the fantastic job Chris Hughton did at the club. Not just in gaining promotion – that in itself being one of the toughest tasks in English football – but in keeping Brighton in the top tier for two successive seasons.

There were undeniable signs however that the club needed a change of direction. If the season had gone on for another two weeks last time around, relegation was not far off a certainty. What were the realistic chances that significant enough changes would be made over the summer window that things would be any different this season? Getting to the Premiership is one thing, but once there, establishing yourself as an EPL club, one that plays attractive football, that people will look forward to coming and watching, those should be the next goals. That, in all likelihood, is why the decision was made to relieve Hughton of his duties. So who is Graham Potter, and why the surprise, even controversy?

From Left Back to Left Field

As a player, Potter’s career was successful if undramatic. You could describe the left back as being a good, solid professional. If you wanted to be unkind, you could call him a journeyman. Whatever the tag you apply to it, he played 377 games, a good deal of that in the top two tiers of English football. As a manager, he started his career at Östersund in Sweden, and it could not have gone much better. Within four years in charge he won three promotions, taking them from the fourth to the top tier for the first time in their history. After keeping them there he left Sweden to join recently relegated Swansea, a club in the Championship. A tenth place finish may have seen his credentials fall away, but Bloom had seen something in him that made him think he was the person to take his club to the next level.

And that is the thing about Graham Potter. He certainly is not just about the 90 minutes spent on the pitch. He realises that the game is much more than that. He understands the importance the club has to the town or city, to the region and the community. His leadership values are not things that are merely trotted out as sound bites, but cornerstones of what he tries to build at a club. The thing that follows him around is his unconventional methods, but when looked at, even those are not that strange. He has encouraged players to take part in community events, theatre productions, things that you would never normally see professional footballers take part in. And that was exactly why he did it. To drag players – comfortably well off young men doing a job they loved – out of their comfort zone.

We are 10 games into the season. Brighton sit in 14th place on 12 points. The next three games see the Seagulls face Norwich, Manchester United and Leicester City. The style of play has certainly improved, we will soon get an idea if the league position is likely to follow suit.