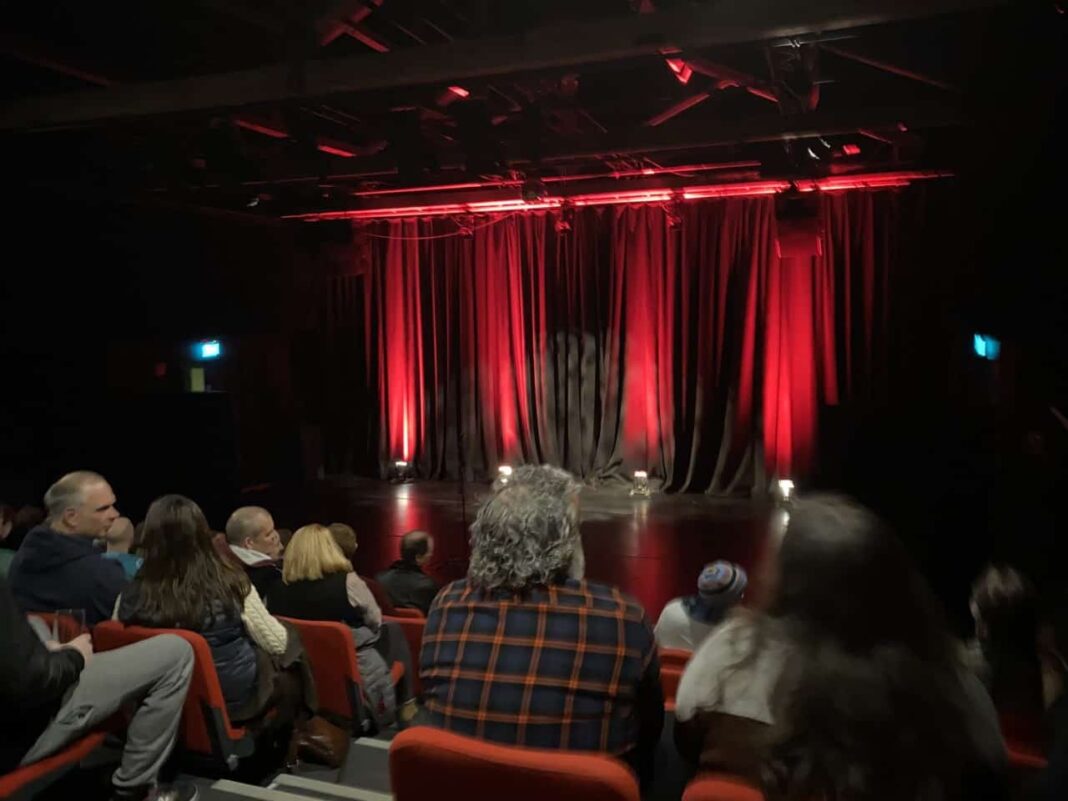 On Sunday 15th March, Rob Auton performed his newest show, The Time Show, at The Old Market. As we are in unprecedented times, I was unsure if I’d be the only one to show up. However, Rob managed to fill the main room at least 80%, mostly with people who were returning to see him for a second or third time.

The most common age of the attendees was around 30-45, however there were some elderly people and some in their twenties as well.

I had never seen Rob perform live before so I wasn’t sure what to expect. All I knew was that a man with a beard was about to stand in front of me and tell me about time.

The lights went down at exactly 8pm as Rob announced himself as his own support act from side stage before walking into the spotlight with notes and books under his arm.

He came out with buckets of energy which lifted everyone’s spirits and got us all ready for what was to come. He puts on a very monotone character which suits his dry wit, however he has a powerful voice which can easily reach the back of the room without a microphone when he wants it to.

For his ‘support act’, Rob told some of his best loved jokes and bits which still managed to get a healthy laugh from the audience, myself included. Gems like “WATER, what is it good for? Absolutely… loads of stuff”, and “I like faces so much I’ve got one” got us all giggling.

After 20 minutes we had an intermission, after which Rob returned to the stage to perform The Time Show. 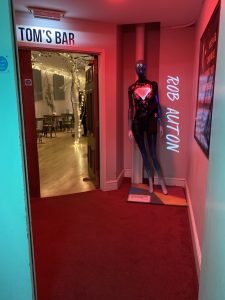 The best way I can describe his show is an emotional rollercoaster. One minute the entire audience is roaring with laughter, and the next the room goes so silent you could hear a pin drop while Rob covers more emotional, less comical territory.

Just as you’re about to be moved to tears, Rob will seamlessly drop in a joke, usually including some sort of wordplay, and the mood instantly lightens again. There are no frills, because he doesn’t need any. The show is just a man on stage with his notes and a microphone guiding his audience through an exploration of time.

Rob confessed that he’s only comfortable telling some things to audiences, which was easy to tell from his performance. He was completely in his element, and managed to make us all feel like we were involved in something together.

He used audience work to his advantage and handled unexpected situations, like a drunk man walking right in front of him to go get yet another beer, with quick wit and ease. Nothing seemed to  phase him, and his responses showed how naturally funny, kind, and intelligent he is underneath his on stage persona.

Rob’s show truly is where comedy and poetry come together in perfect harmony. He’s one of the only performers I’ve seen who has left me completely floored by the way they use words. He is the definition of a wordsmith, and has the power to use them to make audiences laugh, think, and get in touch with their emotions and humanity.

All of us were on the edge of our seats as he weaved between spoken word, comedy, and poetry, and integrated them all into an incredibly entertaining hour long show. It’s hard to decide which was better – the poetry or the comedy – but the best moments definitely came when both joined together to create something uniquely extraordinary.

His wistful look at the concept of time was like nothing I’d ever seen before, and made me wonder, like him, how everyone on earth, despite our countless differences, can all agree on this concept that has so much influence on the way we live our lives.

To find Rob on social media, use the handles below: