Home Culture Brighton Journal Looks Back at the Life of ‘the Queen of Soul’... 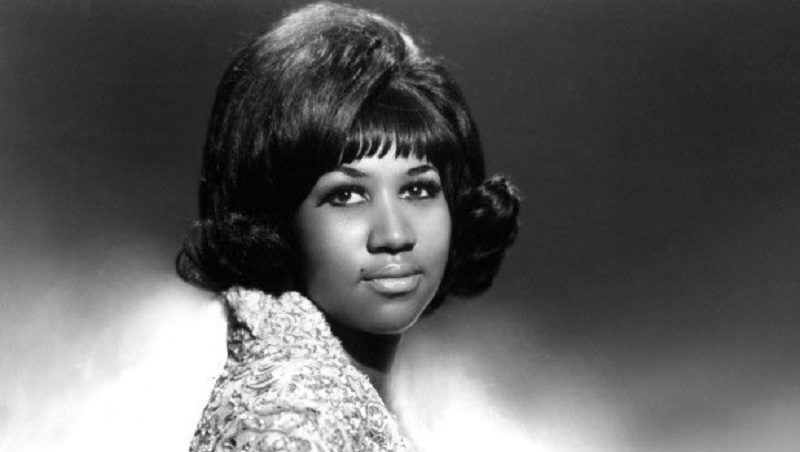 American singer, songwriter and pianist, Aretha Franklin, known as the queen of soul, passed away yesterday at her home in the US city of Detroit, aged 76. She had cancer and had been seriously ill for a few days.

Brighton Journal looks back at the life of one of the greatest voices of all time, Aretha Franklin.

Aretha Louise Franklin was born on the 25th March 1942 in Detroit, Michigan. She began her career as a child singing gospel after encouragement from her father, and at the church he was minister of, New Bethel Baptist Church.

By the age of ten, Aretha was performing solos and learnt to play the piano by the ear. After turning 18, she supposedly confided to her father that she aspired to follow the American singer Sam Cooke (commonly known as the King of Soul) and record pop music, and subsequently she moved to New York.

Her natural talent and self made demos quickly caught the attention of music professionals, and in 1960 at the age of 18, Aretha signed a contract for Columbia records, which saw her release her first single ‘today I sing the blues’ in September 1960.

After only achieving modest success with Columbia records, in November 1966, Aretha Franklin chose not to renew her contract them. It wasn’t until she signed to Atlantic Records in 1967, releasing her ninth album, that saw Aretha become mega successful.

In January 1967, Aretha travelled to Muscle Shoals, Alabama, to record the song, “I Never Loved a Man (The Way I Love You)” at FAME Studios. It reached number one in the R&B chart, while also peaking at number nine on the Billboard Hot 100, giving Aretha her first top ten pop single.

In April the same year, Atlantic issued her frenetic version of Otis Redding’s “Respect”, which shot straight to number one in both the R&B and pop charts. Aretha Franklin’s huge hit “Respect”  became her signature song and was later hailed as a civil rights and feminist anthem.

Aretha on working on the single “Respect” with her sister said: “ For about a day we rehearsed and worked on respect, and she recorded the background with me”.

Aretha went on to achieve commercial acclaim and success with songs such as “(You Make Me Feel Like) A Natural Woman”, “Spanish Harlem”, “Think” and “I Say a Little Prayer”.

Her journey wasn’t always an easy one though, Aretha’s mum died just before her tenth birthday and she had difficult marriages and two teen pregnancies.

By 1969 she’d stopped turning up for sessions and missed out on recording the Beatles famous single, ‘Let it be’, which Lennon and Mcartney had originally written for her.

Former Beatle Sir Paul McCartney, wrote yesterday on his Twitter: “Let’s all take a moment to give thanks for the beautiful life of Aretha Franklin, the Queen of our souls, who inspired us all for many many years.”

Her influence has been enormous both within the world of music and beyond. She has been praised for her role in the civil rights movements in America.

As well as inspiring other artists, in 2014 she released an album where she sang the great diva classics, including a cover of Adele’s single ‘Rolling in the Deep’.

Adele posted a picture yesterday on her instagram with this message:

“I can’t remember a day of my life without Aretha Franklin’s voice and music filling up my heart with so much joy and sadness. Absolutely heartbroken she’s gone, what a woman. Thank you for everything, the melodies and the movements.”

Another monumental moment saw Aretha Franklin sing natural women in 2015 in front of former US President Barak Obama, which brought the President to tears.

The other day Beyonce and Jay Z dedicated their gig to Aretha Franklin, in her home city of Detroit, and yesterday saw so many tributes from all generations of music including:

John Legend saying she was, “the greatest vocalist I’ve ever known.”

Zara Larsson saying that, “Aretha Franklin was the only thing that she wanted to listen to in the car growing up”, she called her an “Irreplaceble legend”.

Aretha Franklin was a women who had her biggest hits 50 years ago but was still so relevant today.

Her legacy can be heard in the voice of every soulful singer that you hear, from Beyonce, Mary J Blige, to Adele and Amy Winehouse, who would all have looked upon Aretha as someone who influenced them in terms of singing.

As John Legend tweeted yesterday, “Great artists never die. Music is immortal”, Aretha Franklin, ‘the Queen of Soul, will continue to live on in music for generations to come.