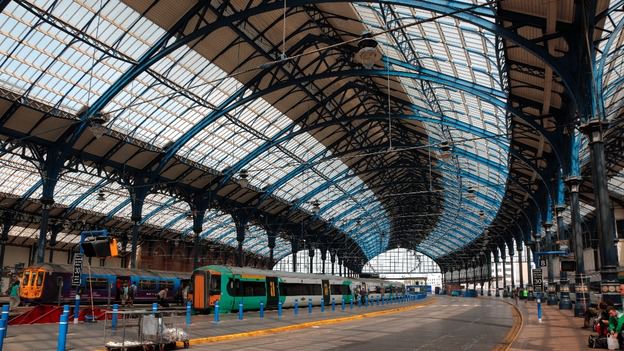 The closure is part of a £30m government-funded improvement programme aimed at renovating one of the most unreliable parts of the network.

The improvements will fix leaks in the four Victorian-era tunnels (Balcombe, Clayton, Patcham and Haywards Heath). Signalling, tracks and fencing will also be improved.

Commuters will have to use rail replacement buses or diverted train services between London and Brighton via Littlehampton. They should expect significant delays, but Network Rail has announced there will not be any compensation as alternatives have been put in place.

People have been quick to react on the subject. On the group Brighton People, one member said: “The work has to be done but not at our expenses, as you buy a ticket for a replacement bus the same as a fast train.

“As a former commuter I can tell that the sentence ‘train cancelled due to engineering works’ was said way too often. We pay for seasonal tickets 3-4 times more than other countries… ending up with strikes and replacement bus every now and then is just unacceptable.”

The nine-day closure has been scheduled to coincide with half-term to reduce impact on passengers. Internet users however have been wondering why weren’t these works being undertaken at night time, when disruption would be minimal.

One Facebook user defended this decision by saying: “It takes a few hours to get all the equipment, materials, and people into position to begin work. It takes just as long to pack them all away again, if not longer as you need to spend time testing anything you’ve changed is safe for passengers.”

“For every 5 hours work at night you’d be lucky to make an hour’s progress. Imagine cooking a Sunday roast in 15 minute blocks but the kitchen has to be immaculate between them!”

Originally, two nine-day line closures were to take place, one in October 2018 and one in February 2019, both coinciding with half-term. Some elements of the work improvement will now take place in the next five-year funding period, starting in April 2019.

John Halsall, Network Rail’s managing director for the South East route, commented: “I’d urge passengers to plan ahead and we’ll continue to work closely with the train operators, Transport Focus and passenger groups to make sure the travelling public get the best possible service during the closures.”

You can find more information on www.brightonmainline.co.uk and on Twitter at @brighton_line.